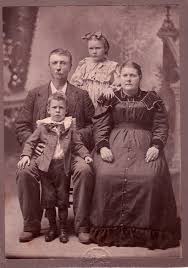 Variations on 3:30am is one of my essays from my book From My Vintage

This morning I woke up at 4 a.m. with a raging heart beat.  I caught the residue of a dream and saw in it a young image of myself standing above a ravine looking out at the waves whirling over Lake Michigan.

It’s a god-awful hour to be awake but I wake at that hour two or three times a week.  When this happens I lie in bed, very still, hoping the thumping in my chest will subside as I watch the moon create a pattern of shadows through the half-drawn blinds.   Those few hours before dawn are heavy, deep hours where all my personal shadows and crevices are too clearly defined while I wait for daylight.

Now that I am eighty years old, my nights should be gentle, my sleep peaceful. The storms of my life are over; what was, was; the nights of obsessing over early sins of commission are pretty worn out by now. But it’s the sins of omission that won’t leave me, that torture me, that become a broken record of “what ifs,” “if only I had,” and “why didn’t I?”

When I was young, my nighttime guilt was relative to my everyday life.  In high school I worked on weekends in a ladies specialty shop where I fancied a paisley scarf that cost the one dollar I couldn’t afford. I never showed it to a customer but kept it in the back of the showcase so I could look at it. One night, before the shop closed, and after my boss had left early, I replaced the scarf with a similar print and took home the paisley one I liked.  I had never stolen anything before, nor since, except maybe an ashtray from a hotel as a momento and a few leaves from a bunch of basil—(I never know what to do with the whole bunch).

I can also recall a night torturing myself for ratting on Julia, my best friend, to her boyfriend, a boy I also had a crush on. I don’t remember today what I said about her to the boy she was dating but that wrong I did my friend, and each and every other sin I committed as an adolescent, kept me awake for hours. In retrospect, so many of the adolescent episodes sound trite but they add up to a myriad of conflicts.

As years passed and I aged, the sins of my youth diminished or disappeared, but they were followed by hours awake with more recent memories that have become darker and bleaker.  Such wakings now are often followed by the parade of my fears and doubts about my children and my own mistakes with them. I am also struck at these odd hours by the contributions I made over the years to the demise of my marriage. As I lay there those two or three nights a week, my room is not my sanctuary but a claustrophobic cell that I must endure until the first patch of daylight shows through the blinds: 3:30 a.m. must be what hell is all about. I know I could get out of bed and straighten a drawer or look in the frig for a snack but something chains me to my bed.

Last night tears crawled from the corner of my eyes, and it didn’t seem to matter that I know regrets are futile, or that the only reality is the present. Of course, I know that I cannot unmake the past but history still nags at me.

My children are no longer children, they are middle aged, but I wish I had the courage to ask their forgiveness. I’m not certain I could articulate what I feel nor do I know if they would understand; perhaps it would embarrass them or maybe bring out an anger with me they had put on their back burner.

Tom, my son, was a fine athlete in high school, a quarterback on the football team and a ranking swimmer in New York State.  When he said he wanted to be a professional football player, why didn’t I say, “O.K.  When you’re finished with school, give it a try?” Instead I smiled with the same dismissive smile and shrug that my mother had offered me whenever I came up with a suggestion that didn’t fit into her agenda of the way her children should live their lives.  Why did I let myself become my mother and automatically adopt her response?  Why didn’t I say, “That’s a fine idea, Tom; you’re a good athlete.”

Why didn’t I set rules with Barbara, my bright, headstrong daughter? When I accused her of not telling the truth she’d respond indignantly, “You don’t believe me; are you saying I’m lying?” and I’d back off. What if she were telling the truth; what damage would I do to my child?  I was truly the willow that bent when a slight breeze blew.

I hear young parents of today asking their children what they think about a book or an idea, almost anything, and they listen to what their children have to say. They give them options and answer their questions with intelligent explanations. I don’t remember whether I did that or not. In my era so many of us raised our children by our parents’ standards, and we ourselves were not too different from our parents. But our children, the children of the sixties, the children of Vietnam, challenged our values and rebelled. They made their own world and we had little understanding of that world.

In our house, in our era, we believed in the theory and dictates of the guru of child-raising, the famed Dr. Spock. He maintained that environment is the dominant factor when raising a child.  Since we adopted our children, we were happy not to consider inherent traits or genes, so it was as if our children’s history was a blank before they came to us.  We, the parents, the providers of their environment, were responsible for all good, bad and indifferent qualities and characteristics in our children

But it wasn’t just my children that kept me up at 3:30 a.m. last night.  There’s also a bushel of memories of a struggling marriage that come to me, sometimes in anger, when I replay the scenes in which I allowed myself to be unjustly accused and responded with a “sorry,” so as to have peace at any price. And, in contrast, I also sometimes think, with guilt, of my passive role in our marriage and my inability to understand my husband’s idiosyncrasies. And then there are situations where I generously offered my husband sympathy, which costs nothing, but where more was called for. Unfortunately, it seemed I knew nothing of empathy which takes heart and the effort of putting oneself in another’s place.

After waking up from the dream last night, the bleakest thoughts of all came in those lonely pre-dawn hours. I thought of illness, pain, not death, but the process of dying, and I found myself with no ballast to hold onto.  In those hours there was no snack, no book and no television program that could speed the slow crawl of time till dawn.

I’ve wondered if I have an emotional adrenalin that gets me through the day and allows me to enjoy the pleasure of being alive and smelling the flowers, reading a book, listening to music, lunching with friends, but leaves me at night?  Do others live through nights like mine? I know the answer is “Yes,” and we are not alone. For sometimes when the emotional adrenalin is gone, we are all left as we are, with ourselves waiting for the blessed daylight, when we can see the night dissolving, the demons blurring and the day-to- be is still a promise.