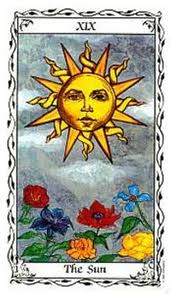 It was a lovely day, I hope I remember it. When I woke up the sun after four days of solid rain, was strong. I could feel my body soaking up the sun. Ferida and I walked a few blocks to Tal Bagel for an early breakfast of bagel and coffee. The bagels are made on the premises and are crunchy warm and delicious. We took a table outside ordered a cream cheese filled bagel and coffee and leisurely ate while watching the rest of our pass by.

I watch through severely diminished eyesight. My world is one of various shades of grey I can see shapes and movement faces  can’t delineate each feature and on a cloudy or rainy day it all looks to me like Paris on a rainy or cloudy day.  I imagine I’m seeing the Champs Elysee or the narrow streets of London. I really feel I’m there.

When we finished our breakfast I decided I looked a mess and Ferida walked to the hair salon Had my hair washed .Some If her hair looks ok she usually feels whatever else she is wearing is ok.

Gustave Flaubert in one of his many letters to Louise Colet counseled her to, “Seek out what is truly your nature and be in harmony with it.” For years now, I’ve returned to that sentence again and again. It is as if Flaubert’s counsel was written not only for Colet but for me and perhaps for all of us who are getting on in years as well.  For the past fifteen years, since I turned sixty five, I’ve been curious about who I am beneath the layers of façade I’ve built up. Now, at eighty, I’m trying to piece together the disparate parts in my nature and to reach some harmony within myself.

Different pieces appear from nowhere: a collage including faintly tinted photographs of my parents with their arms around one another, my brother Bob and I laughing over some joke until we couldn’t catch our breath. There are also the vague memories of angora sweaters and fashionably dirty saddle shoes, a prom dress, a boy named Delbert, a quick burning rush of sexuality, images from long ago that wander through my head when I recall the hundreds of journals I filled for thirty years buried in drawers or hidden in the back of a closet. I think the date of the last entry was ten or twelve years ago. I closed the book and never opened another. I don’t know why.

The journals remained hidden, forgotten, until one morning  I received a letter  from my insurance company informing me that I was now a senior citizen and client of our government’s health program.  It was then I learned, at sixty-five, I was a senior citizen.  Before that letter arrived I was eternal. I had no idea that the President of the United States is a client of our health program.

Within the month my mailbox was stuffed with enticements from real estate firms with fully-colored pages offering me the option to rent or buy a condominium in Tampa, Miami, Naples and Palm Beach, Florida. The envelopes also contained photographs of the setting sun, community get-togethers and Bingo parties.  In small print a sentence stated, “We have a fine facility in case of illness.” It seemed they had every convenience to ease me comfortably into my grave.

With thoughts of my eventual demise, I began to wonder what to do about those hundreds of unread journals.  Did I want my children to find them among my earthly remains? They might enjoy reading about some family gossip, such as when our stuttering cousin, Louie, was thrown out of the neighborhood movie house for masturbating in the theatre, or when Aunt Jane spent a weekend with a black man at a motel during the Second World War, while her husband was overseas and the papers got wind of it.  Since her father was a judge and civil rights was a long mist away, the war was the second headline for a few days in our Milwaukee paper.

Tom and Barb, my children, might also be amused by my philosophical musings, my left wing politics and my experience of being jeered at when I wore a Wallace for President button in 1948.  One thing was certain; they were not going to discover a Madison County Bridge romance. But what else did I fear their discovering? Did I want them to know that their mother was petrified of heights for fear that she might be impelled to jump, that occasionally she flirted with the idea of suicide?  How would they react reading that their mother lusted after the contractor who built the family room?  How would they feel if they read that their mother often fantasized their father dead and herself a weeping but happy widow?

No, it was wiser I finally decided, to get rid of my journals, destroy the evidence of unspoken longings and absurd musings. What I did was to soak each journal in water till the ink ran, blurring the words, then I deposited them, a few at a time, in various trash bins up and down the upper east side of Madison Avenue. I didn’t want to chance that the porter who collected the trash in our building might pick them out and possibly read them.  This project taken care of, I reasoned my children could keep or invent whatever memories they chose to have of me.

A few years ago, before I destroyed them, I decided I had to have one last look at my journals.  It was a cold gray winter afternoon. I cleared the dining room table of the bowl of flowers, the candelabra and spread the lot of them on the table. Some books were five by eight inch school notebooks; others I had carefully selected for their cover design, often with a small reproduction of a painting by one of my favorite artists.

They were all sizes and shapes, and surprisingly, in good condition. I poured myself a scotch on the rocks and, one by one, read or picked through sentences, paragraphs and pages.  A few catalogued the events of my day. Most poured out what I was feeling at the moment: anxiety, panic or whatever I happened to be obsessing over, which was usually something I said that might have been misinterpreted.

“Romain Rolland is the greatest writer of his time. Jean Christophe will become my bible.”

My God, I was opinionated. Yet today when I look back at how I felt over fifty years ago I’m pleased I believed so powerfully in my time and my life. Then there were phrases that were so abstract they seemed to have no relationship to me and there were passages where the feelings were still too painful to touch. Certain passages took me back to the memory of my first serious boyfriend, Richard, and how I told him I didn’t love him. I also recalled how it was Mother who convinced me not to marry him by ridiculing him for his unsociability, his lack of sophistication, and telling me how unhappy I would be.  Writing this today I realize, from my clenched teeth and rapid heartbeat, my anger hasn’t dulled.

After eight decades of walking the earth, it’s strange to recall the ideals I told myself I would live up to: following the golden rule was to be my religion; my fundamental belief was in the perfection of all human beings if they had enough food, clothing and shelter.  Looking back, how trusting, how dear that young woman was.

I tore out pages, cut up paragraphs and packed them into folders before I destroyed the journals, thinking perhaps I might want to read particular entries again one day.

From My Vintage - A Course at Dorot

I am thrilled to announce that I will be teaching a class via the telephone for Dorot which is a NYC based  organization that has been an innovative leader in the fields of aging services and volunteerism for over 30 years. The class begins on February 6, 2014 for up to five lucky students and is conducted over the phone as a conference call. So if you are unable to travel or live outside of New York City or are impaired in any way, youc an still take my class.

"which is collection of personal essays on aging and life after 80. Here is a short video about what the course is all about.

"I breathed in the dampness and listened to the birds gossiping"

The wisdom that comes with advanced age is rarely accessible to the younger generation.

At the age of 92, art dealer Jeanne Frank has crafted a collection of sixteen creative essays, ruminations on love, life and loss. From the insightful "I Want More" to the poignant "Louies Rose, the poetic lyracism of "Field of Dreams", the wistful "Traveling at Eighty" and "Throttling Back", the zen pleasure of "Peeling Potatoes" and the provocative "The Sweet Sleep", the author's words are lushly concise and highly entertaining.

Told in an unpretentious conversational tone, this colelction will charm older readers with its wit and inspire younger ones with its wisdom.