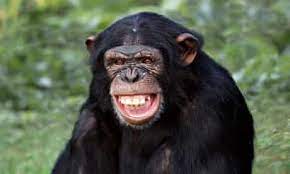 Smithsonian reports that five bonobos and four orangutans were treated with a synthetic form of the virus.

The vaccine, developed by the veterinary pharmaceutical company Zoetis, was provided to the San Diego Zoo after they requested help in vaccinating other apes when several gorillas tested positive for Covid-19 in January, reports James Gorman for the New York Times. The gorillas were the first known great apes in the world to test positive for coronavirus.

At San Diego zoo facilities, there are 14 gorillas, eight bonobos, and four orangutans living indoors, which leaves them more prone to the spread of Covid-19 infection, reports National Geographic. To help prevent disease spread among the apes, veterinarians with the San Diego Zoo Wildlife Alliance selected five bonobos and four orangutans to receive the experimental vaccine, reports Stella Chan and Scottie Andrew for CNN. The selected apes were deemed the most at risk. One of the vaccinated orangutans was Karen, an ape that first made headlines in 1994 for being the first orangutan to have open-heart surgery, the New York Times reports.

Zoetis's vaccine works similarly to the Novavax vaccine for humans by giving recipients of the vaccine a synthetic form of the Covid-19's spike protein that will prime and alert immune systems to fight infection, reports Live Science. To confirm if the vaccine was effective, blood will be drawn from the apes to look for the presence of antibodies. By February, the apes had received two doses of the vaccine, and no adverse reactions occurred within the apes, reports National Geographic. The gorillas previously infected with coronavirus will eventually receive the vaccine but are not a priority because they have since recovered, reports the New York Times. 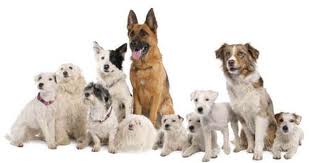 Ben & Jerry’s unveiled plans to introduce a line of frozen dog treats. The first up to bowl is Doggie Desserts, four cups of ice cream that come in two flavors: pumpkin with cookies and peanut butter with pretzels.

Here at Ben & Jerry's, we love our dogs almost as much as we love our ice cream (okay, maybe the same amount). That's why we are proud to have dog-friendly offices, where we welcome our "K9-5ers" to join their humans at work each day. Members of the K9 crew start their day with a pup-friendly treat at the reception desk, and enjoy plenty of pets, cuddles, and walks throughout the day. It's a "ruff" life for this pack of K9 pals, to be sure. But as any Ben & Jerry's-er will tell you, having their furry friend by their side during the day makes all this hard ice cream work all the sweeter.

Who knew there were so many cats in the Metropolitan Museum of Art in NYC?

This is an inspiring video of rescued tigers swim for the first time in their new sanctuary.

How to Love Your Pet on a Budget

How can you love your pets without spending a lot? Possible Finance has some suggestions --

Everything You Wanted to Know About Hummingbirds

A beautiful and informative video:

From the New York Times - an excerpt  on the movement to rescue feral cats. Inspiring! 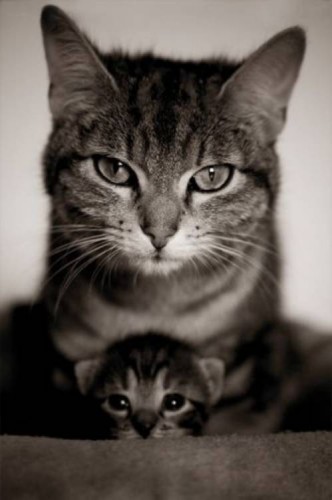 ‘I Literally Had No One.’ Then the Foster Kittens Arrived.

Last summer, Jali Henry was feeling lonely and depressed after many of her friends moved out of the city because of the pandemic. “I literally had no one,” she said. “I was like, ‘What the hell am I doing here?’” Then she began noticing street cats in Williamsburg, Brooklyn, where she lives: first, a group of four that lived behind a school; then, a cat on her block, obviously sick and infested with fleas. Ms. Henry, 28, who had started volunteering with the rescue group Puppy Kitty NYC, corralled the cat and took it to the vet. “I kind of chased her around the neighborhood, it was really crazy,” she said. “Random people stopped to help me.”

Longtime animal-rescue volunteers in the city suspect there are more stray and feral cats on the streets these days, but there are also, it turns out, more New Yorkers like Ms. Henry, who want to rescue and foster them. “On one hand, we have a group of people who are subject to financial and housing insecurity, which makes them more likely to have to part ways with their pet in a very tragic way, which leads to more cats on the street,” said Will Zweigart, the founder of the Brooklyn-based nonprofit Flatbush Cats. “An entirely different group is experiencing this pandemic with more free time. They’ve finished their Netflix queue, they’re aching for a sense of purpose.”

Betty Arce, a retired Education Department administrator who has been rescuing cats for eight years in the Bronx, said that she had never seen as many cats on the streets before, especially friendly cats and, starting last spring, kittens. “We suspect there is an increase, we just don’t know by how much,” said Kathleen O’Malley, who leads the Bideawee Feral Cat Initiative, which focuses on spaying and neutering community cats.

Neighborhood Cats, a group based in Manhattan, said its number of online donations doubled last April and May, and continue to come in at much higher rates than before the pandemic. Bryan Kortis, the national programs director, said he had also noticed an increase in the number of New Yorkers seeking training on how to help community cats. “They’re home more; they’re more aware of what’s going on in the backyard,” he said.

That’s what happened to Carmen Castillo-Barrett, a science teacher who lives in Flatbush, Brooklyn. Last June, she and her husband realized that three newborn kittens were living in their backyard. After she had the kittens and their mother fixed, Ms. Castillo-Barrett, 42, went through what she called an “interesting summer socializing feral cats.” She would sit beside the kittens as they ate, hissing at her, she said, until eventually they would let her touch them with just one finger. It provided a welcome distraction. “It was like a big experiment,” she said. If it hadn’t been for the pandemic, “it’s possible this could have happened and we wouldn’t have noticed.”

Cat volunteers still face major challenges. There is no city or state funding for organizations that trap, neuter and return cats to the streets. That method, which Bideawee practices, is endorsed by the A.S.P.C.A. and the Humane Society. The Audubon Society and other bird and wildlife advocacy organizations, however, oppose the practice because they consider outdoor cats a predatory threat to songbirds. And getting appointments for free or low-cost spaying and neutering, which has always been difficult, is even more so now.

Still, the rising interest in helping street cats during the pandemic offers a glimmer of hope for people like Mr. Zweigart, who, when not rescuing cats, researches the future of work as a brand strategist. “I’m very optimistic that past 2021 we’re only going to see a higher interest in fostering as people have higher flexibility and only spend more time at home,” he said.

Hayong Lau, 28, who lost her job at a cocktail bar last spring, began fostering kittens, even bottle-feeding a newborn every two hours at one point. “Fostering feels like we have something to control, and it just felt good to do something good,” she said. Ms. Henry, who also plans to continue fostering, has started documenting her experiences on Instagram, in the hopes of getting her charges adopted. “I want to eventually take in smaller kittens and expand my expertise,” she said.

Pets of the Art World

Pets of the Art World! Meet 15 of the Adorable (Yet Edgy) Furry Friends Keeping Artists, Gallerists, and Curators Sane These Days

Perhaps the only beneficiaries of the pandemic today are pets, who are suddenly getting around-the-clock attention while their owners work from home. And the joys are mutual: With their fluffy cuddles, unconditional love, and inability to talk back, pets make great quarantine companions for people, too.

We asked art world insiders to share pictures of their whiskered work-from-home buddies, and how they’re helping to make this difficult time a little bit sweeter.

Here is one and there is a link to see the rest at the bottom of this post. “Princess Buttercup is thrilled to have a captive audience whilst her humans are social distancing.”

Check out this link to see all of the pets.

Hail New Zealand's Bird of the Year - The Green Parrot

He’s never gonna stop talking about this. The kākāpō, a flightless, nocturnal parrot, has been named New Zealand’s Bird of the Year in its annual online competition. It’s the first bird in the contest’s 15-year history to win twice, beloved as the heaviest and longest-lived parrot species on Earth. The competition was marred by vote rigging in favor of the little spotted kiwi, but authorities spotted the fraud and disqualified the suspect votes. While the win doesn’t carry a cash prize, it’s hoped it will raise awareness and affection for the critically endangered bright green birds.