Bring On the Kitty Cams!

Now here is a fascinating project -

Kitty Cams research examined the nature of outdoor activities of owned cats by monitoring pets outfitted with "Kitty Cam" video cameras. Kitty Cams allow recording of a cat-eye view without disrupting behavior. We used Kitty Cams to investigate the activities of urban free-roaming cats in Athens, Georgia from Nov. 2010 -Oct. 2011, with goals for wildlife conservation and for improving the health and well-being of pet cats.

This is the first of two posts describing animals who survive euthanasia. I suspect that this happens more often than we suspect. This one of Daniel the Dog, takes place in an animal shelter in Alabama.

This is an excerpt from the Blaze:

While not entirely a “feel good story,” there is definitely something heartwarming, and awe-inspiring, about a 5-year-old miracle pooch named Daniel who waltzed right out of an Alabama gas chamber, tail wagging, after a failed euthanasia attempt. The dog, described as a Beagle but more closely resembling a hound-mix, was sent to the chamber with 18 other dogs at an animal shelter on October 3. When the animal control officer returned to the locked chamber and opened it, he found Daniel happily wagging his tail while the other dogs lay dead.

The control officer said he didn’t have the heart to put the pup back into the chamber, mainly because he believed Daniel survived for a reason, proving his life must have a bigger purpose. Now, hundreds of people touched by the story are vying to adopt Daniel and make sure he is never sent back to the kill-shelter.

Rudolph dubbed him Daniel, inspired by the biblical story of Daniel, who walked out of a lion’s den unscathed. Eleventh Hour Rescue, which brought Daniel to New Jersey with the help of Pilots and Paws, gave the dog the last name “Milagro,” meaning miracle in Spanish.

What is perhaps most incredible, is that Daniel received a clean bill of health from the veterinarian.

“Amazingly, not only did he survive the gas chamber which is very rare … he was not sick,” Rudolph said. “It was almost as though angels pulled him out of there and he didn’t even breathe the gas.”

This was reported on USA9 News and highlights how bureaucracy can cost lives.

FREDERICKSBURG, Va. (WUSA) -- Eleven-year-old aspiring veterinarian, Skylar Capo, sprang into action the second she learned that a baby woodpecker in her Dad's backyard was about to be eaten by the family cat. Skylar couldn't find the woodpecker's mother, so she brought it to her own mother, Alison Capo, who agreed to take it home. "She was just going to take care of it for a day or two, make sure it was safe and uninjured, and then she was going to let it go," said Capo.

But on the drive home, the Capo family stopped at a Lowes in Fredericksburg and they brought the bird inside because of the heat. That's when they were confronted by a fellow shopper who said she worked for the U.S. Fish and Wildlife Service. "She was really nervous. She was shaking. Then she pulled out a badge," said Capo. The problem was that the woodpecker is a protected species under the Federal Migratory Bird Act.  Therefore, it is illegal to take or transport a baby woodpecker.  The Capo family says they had no idea.

So as soon as the Capo family returned home, they say they opened the cage, the bird flew away, and they reported it to the U.S. Fish and Wildlife Service. But roughly two weeks later, that same woman from the U.S. Fish and Wildlife Service showed up at Capo's front door. This time, Capo says the woman was accompanied by a state trooper.  Capo refused to accept a citation, but was later mailed a notice to appear in U.S. District Court for unlawfully taking a migratory bird.  She's also been slapped with a $535 fine. If convicted, Capo could face up to a year behind bars.

Eventually the fine was dismissed but not before the media reported this. Is that what it takes?

An image of Leao, a medium-sized, brown dog sitting next to her owner’s freshly covered grave has captured the world’s attention and CNN readers had plenty to say about the moving picture and the power of love between animals and people. 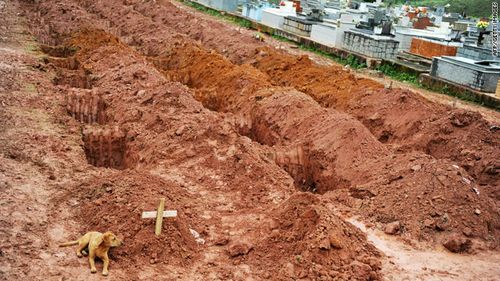 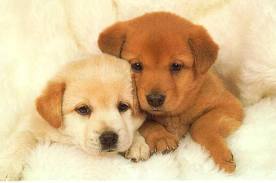 The Puppy Bowl VII's lineup ready to ruff it up
This just in from CNN:

Animal Planet has announced the lineup for Puppy Bowl VII, the annual Super Bowl antidote pitting irresistible pups against each other and a slew of chew toys on the gridiron. The football-with-puppies game has aired the same day as its fellow venerated American tradition, the Super Bowl, for the past seven years.

The 20-pup starting lineup was assembled from shelters and rescues across the country and as far as the U.S. Virgin Islands, all of whom will be vying for the title of MVP, or most valuable puppy (surely you knew that).

Among our favorites: a Lab mix named Jack, who has apparently learned to deal cards and pick up some hours at the local casino in the 12 weeks he has been alive, according to his profile; and 16-week old "Little Red," a shih tzu-beagle mix who has a culinary degree.

Check out the complete starting lineup 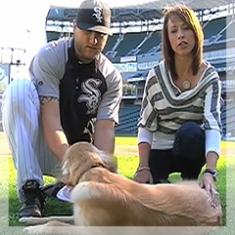 Shortly before Christmas, animal control officers in Godfrey, Illinois—a town of about 18,000 just north of St. Louis—found a dog, a female Sheltie mix, wandering the streets. The dog had an arrow sticking from its abdomen. It was clear the dog was in great pain. They took her to Horseshoe Lake Animal Hospital in Collinsville where, in a three-and-a-half-hour operation, her spleen and parts of her intestines, as well as the arrow were removed.

No one knows the circumstances in which the dog—about four years old and 30 pounds, and named Shelby—was injured. Her owners, when contacted, said Shelby had been missing for about six weeks. They then relinquished custody of the dog to Hope Animal Rescues, a nearby animal rescue organization with a no-kill policy.

Shelby needed round-the-clock care. Her expenses grew to nearly $3,000. A couple that regularly volunteers for the rescue organization—Chicago White Sox All-Star pitcher Mark Buehrle and his wife Jamie—offered to foot the bill.

The Buehrles, who own three dogs including one they rescued from a shelter, introduced Sox for Strays, their own pet adoption organization last season. Once a month during the baseball season, they sponsor a pre-game gathering at the Sox’s stadium, U.S. Cellular Field, where they unite shelter animals with fans interested in adoption.

“Mark always says maybe when he retires, we might open a sanctuary or something,” Jamie told the Chicago Tribune.

As for Shelby, she’s healthy and doing fine. Several weeks ago Jeffrey Bray, a St. Louis anesthesiologist, and his wife, Debbie, adopted her. They, too, have a history of rescuing pets from shelters. The first time they and their three children met Shelby, a Hope Animal Rescues executive told the Chicago Sun-Times, “they all got down on the floor with her, loved her and gave her kisses.”

Can’t ask for a better welcome than that.

Here are some great news bits from bloggers and the press that you may have missed. Follow the links for good stories and perhaps discover some new sites.

I have written about using wee wee pads in For Senior, Elderly Cats: Wee Wee Pads (not just for dogs). Here, at the Dog Guide, Dan Stein writes about 4 Other Uses for "Puppy Pads."

Daisy the Curly Cat declared Straw Hat Day! in celebration of the coming summer. I don't know how you get a cat to pose in a straw hat, but this photographer certainly does. Take a look at her cute photos.

If a dog were to buy an aromatherapy candle, what would it look like? You can find the answer to this question (search the site archives for "candle") and get lots of laughs at off the mark site. This site has a database of cartoons by Mark Parisi with a good selection of dog and cat humor.

Here are some great news bits from bloggers and the press that you may have missed.

Thoughts Fur Paws has a post on HSUS Controversy.

I recently had a post up about the Humane Society of the United States helping with national puppy mills legislation. As a supporter of HSUS, I was quite shocked to read some of the comments the post got.

Read some of the comments and then speak up and tell them what you think.

Did you think the Beanie Baby craze was over? Dog Reflections talks about Beanie Baby Bo.

At Paw Talk, Karen Shanley writes A Day in the Life of a Dog Writer. Her previous book was a finalist for the Best General Dog Book award from DWAA, her next book will be out this fall.

For a virtual taste of life of the farm, visit Farmgirl Fare and read Baby Carey is Three Years Old Today! Baby Carey was the sweetest little lamb, now a beautiful sheep -- check out all the great photos.

There's always lots of cute zoo babies at ZooBorns. I love these adorable Cotton-Topped Tamarins described as the "punk rockers of the New World monkeys."

Daily Bunny offers a moment of zen with this video of a bunny grooming -- very cute!

Book spotlight: Dogs of Dreamtime: A Story About Second Chances and the Power of Love,