One of the oldest cities in the world, full of history and the cradle of democracy and culture.

This is Athens. The ancient’s ‘glorious city’. And at the same time, a contemporary city that assimilates cultural trends and adapts them to its own character. It goes without saying that the modern urban religion of graffiti and street art is part of this: tags, throw-ups, wild style graffiti, political activist stencils, stickers, paste-ups and public art murals created for festivals and other projects. So if you love art and street culture, you’ll love discovering this lesser-known side of Athens.

Every neighborhood has a different story to tell.

As showcased in Atlas Obscura, these amazing cave carvings are unusual and creative. But they are also closed to the public...

One man has carved a number of natural New Mexico caves into psychedelic sandstone temples.

In 14 different caves in the desert just north of Santa Fe, Paulette has created an underground fantasy world using nothing but the power of his own hands. Sometimes using preexisting crevasses and sometimes simply tunneling into the soft sandstone cliffs, the artist creates singular subterranean spaces to which he ascribes a sort of spiritual power.

No two of Paulette’s caves are alike, some featuring undersized doors or skylights that let the sun in, while others include benches carved right into the wall or deep niches for flickering candles. The walls of the caves are also decorated with carved designs ranging from flowers to abstract suns to purely emotive design flourishes; all look as though they formed naturally because they are etched into the cave walls themselves.

Paulette considers his creations more of a hobby or public service than a money-making venture and generally just leaves the caves to be discovered by others when he is finished. He hopes that those that come after him can discover some peace or epiphany in his chambers. Paulette finds his joy in creating things, not necessarily the things’ finished states.

Most of the caves now sit on private property, and because of past issues with trespassers, the owners have closed the caves to the public. 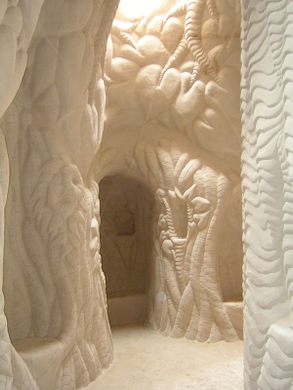 Check out these fairy doors in Virginia. Hard to find but surrounded by mosaics and greenery.

The Benefits of Looking at Art 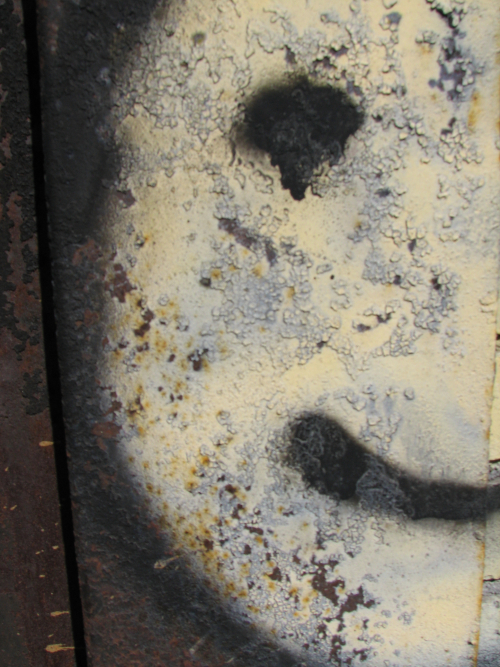 I knew that when I look at art I feel good - or at least better. Now there is a study proving that out.


Robert Lederman sent me this interesting article which I also think should include street art. What better way to feel the positive effects of art as you walk down the street and see an amazing mural.
Past research has shown that looking at art, whether in a museum, gallery, or home, can benefit your mental health. And now, a recent study suggests that the positive effect holds true for viewing art online as well. The study, from the University of Vienna’s Arts and Research on Transformation of Individuals and Society, concluded that just one or two minutes of exposure to online art improved participants’ mood, anxiety, loneliness, and overall well-being.
“The results of this paper suggest that online cultural engagement, including but not limited to fine art, does seem to be a viable tool to support individuals’ mood, anxiety, loneliness, and well-being especially when such content is beautiful, meaningful, and inspires positive cognitive-emotional states in the viewer,” the authors wrote. If you are looking to tap into the mental health benefits of art from your own home, there are plenty of options to explore — we suggest starting with Smithsonian’s roundup of the best virtual exhibitions from 2020.
Art photo by Charlene Weisler

A traveler got lost in Buenos Aires but the street art got them home. 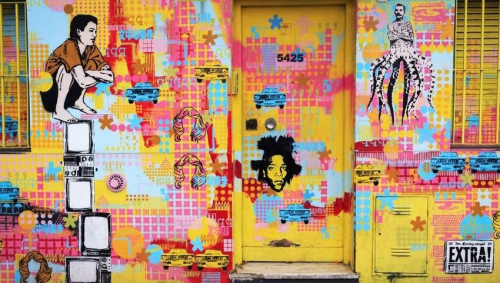 Street art in Buenos Aires has a very different history than graffiti in the States. Graffiti began in Buenos Aires back in the 1950s, when the dictatorial government coming into power paid people to write slogans and spread what was essentially political graffiti. In the 1970s all forms of self-expression came to a halt, and nothing appeared on the streets again until the 1990s, when hip-hop reached South America and spawned it’s own brand of tag-like graffiti. The street art movement first took shape in 2001, however, during the economic crash. With so many Argentineans out of work and living on the streets, the rise of street art was seen as a people’s movement, and continues on today with the same popularity and enthusiasm. 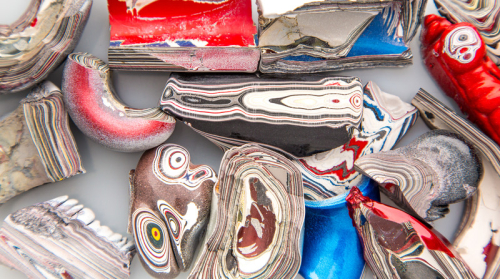 Street Art in Support of Ukraine

The Stunning And Heartbreaking Street Art Painted In Solidarity With Ukraine 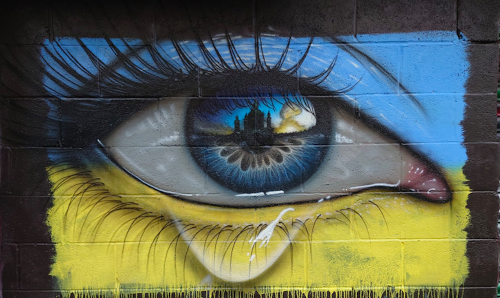 Walls around the world are being transformed into tributes to Ukraine amid Russia's invasion.

Street artists around the world are spraying in solidarity with Ukraine.

Many artists have painted poignant pieces highlighting Ukrainians’ struggles amid the Russian invasion, while others call out Russian President Vladimir Putin over the globally condemned attack.

“It was the least I could do apart from sending financial support,” the artist known as WOSKerski, who painted the tribute below in London, told HuffPost.

“As an artist, I have a voice that can influence people and a moral obligation to act against injustice and support people who need it,” WOSKerski said. “I am aware that the online support is probably meaningless, but I hope that perhaps it did help someone.”

Jenks, a street artist in Llanelli, Wales, who acknowledged that Ukrainians likely “never have heard of” his hometown, said he painted his “Pray for Ukraine” piece below “in the hope that if they saw the image painted thousands of miles away, they would not feel isolated and know people are on their side during this terrible time for them.”

Have you seen some similar street art? Or can you help us further identify the artists or locations of the pieces we have in the list? Email your images and information to lee.moran@huffpost.com or send a direct message via Instagram.

In this list offered on Atlas Obscura, there are 25 international places that have been reborn through street art and graffiti.

Notice that New York City is not listed. And yet this city had what would arguably be the pinnacle of street art revitalization. That was 5Pointz, an industrial square block dedicated to artists around the world. Destroyed in 2014 it is now the site of two vampire towers of glass, isolation and ugliness that the developers have the temerity to name "5Pointz". 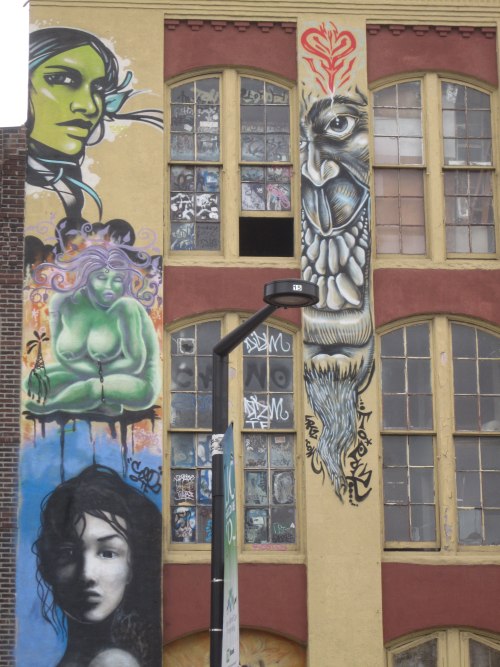 There are endless stretches of abandoned structures scattered around the world, many forlorn and destined to be reclaimed by nature—eventually. In the meantime, many abandoned factories, alleys, hotels, and more have been transformed into living canvases. With every brushstroke and release of spray paint, these places, some officially sanctioned, others not so much, get some injection of new life, as art museums without the white walls.

Just outside Las Vegas is a former shopping outlet that has been reimagined as a modern art gallery. Due to financial issues, the Primm Outlets were forced to close their doors, until a new owner stepped in with a new approach. Artists were invited to decorate the walls and remaining storefronts of the now Prizm Outlet, and it’s seen more visitors than ever before. In Stockholm, an abandoned industrial village is now one of Europe’s largest graffiti exhibits. Each spring, graffiti writers and mural artists across Sweden descend on what’s known as the Snösätra Wall of Fame to refresh the artwork and craft new pieces. From an abandoned sniper post to an alley that is the largest outdoor art gallery in the Northwest United States, these are 25 of our favorite places reborn from the end of a nozzle.

Check it out here.

Painting on Trash to Reveal Nature

Here is a fascinating art project by artist Mariah Reading as reported in Atlas Obscura. 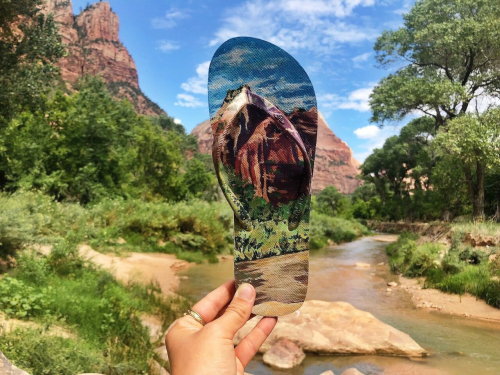 Mariah Reading uses unique canvases for her paintings. When the nomadic park ranger and frequent artist-in-residence finds lost objects and trash while adventuring in state and national parks across America, she paints the surrounding landscape on the item, highlighting waste and showcasing the beauty of the protected areas. She has captured the morning light flooding through the gaps between redwood trees at Big Sur on a lost Croc, mimicked the steep cliffs of Channel Islands National Park on a flipper, and—on a forgotten helmet—depicted riotously colorful fall leaves wreathing the banks of a placid lake in Acadia National Park.

When she’s done painting, she photographs her art in front of the landscape that inspired it. Often, it’s hard to tell where reality ends and the painting begins. Reading’s series is a project several years in the making. While she was studying visual arts at Bowdoin College, she took a mold-making class that required students to cook up large vats of concrete and rubber to create molds. The installations they’d in term craft, ended up generating vast amounts of waste: Each brush that touched the rubber needed to be tossed, as the material couldn’t be washed down the drain.

The Pandemic Has Brought Us Some Amazing Street Art 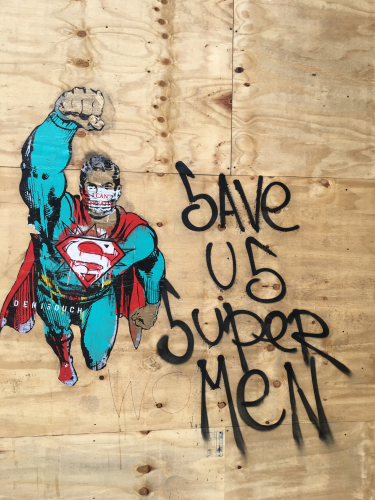 Empty city streets served as the perfect canvas for many artists during the pandemic while galleries were shuttered. Some, such as Steve Derrick in New York, painted paeans to frontline workers. Others used their art to mock politicians or simply to lighten the general mood. U.K.-based street artist John D’oh used a Bristol wall to paint an image mocking former U.S. President Donald Trump’s comment about injecting disinfectant to stop COVID-19, while Australian street artist LUSHSUX depicted Chinese President Xi Jinping in a hazmat suit saying: “Nothing to see. Carry on.” Dominican Republic-based Jesus Cruz Artiles, also known as Eme Freethinker, painted a picture of Gollum from The Lord of the Rings cradling a roll of toilet paper and saying, “My Precious!” In Atlanta, artists such as Fabian Williams made huge face masks from white vinyl sheets and used them to cover murals of icons like Martin Luther King Jr. in an awareness-raising campaign for the Black community.