Dato Mio has created a haunting and beautiful video using the neighborhood of Harlem in New York City as a canvas. There is street art and graffiti, architecture, caligraphy, photographic techniques. Just beautiful!

West Bank Security Barrier is a Haven for Graffiti

The Israeli security wall has become a haven for graffiti and street art murals .. on the Palestinian side of the wall. The Forward has a great article on how the art on the wall has led to some of the worlds best street artists to come and add their art to it.

In recent decades, in some of the world’s most politically charged places — such as Berlin and Belfast — walls have become magnets for an increasingly sophisticated, increasingly political genre of graffiti artists. As Israel began building its security barrier in 2002, at the height of the second Palestinian uprising, with the stated goal of preventing terrorist attacks, artists from around the world began to flock to the West Bank to protest its existence by covering it with paint.

Eight years later, the barrier, made up of alternating fences and walls, is mostly complete. In dense Palestinian urban areas around Jerusalem, where the barrier is a wall, formerly bare concrete slabs have taken on a clutter of artwork, graffiti, posters and commercial advertisements.

Having just come back from Berlin, I am amazed at how beautiful and creative street art can be and how it can transform the landscape. 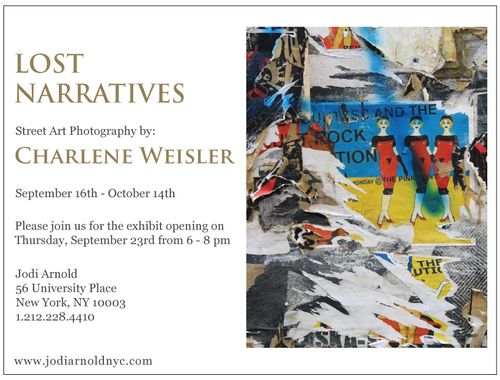 Mark your calendars everyone - this week we are having a reception of my artwork at Jodi Arnold at 56 University Place (on 10th Street) on Thursday, September 23, 2010 from 6-8p. And please bring guests.

I hope that you can attend the reception this coming Thursday in Manhattan . If you can't, please stop by another time. My work will be displayed at both of her NYC stores until mid-October - 347 Atlantic Avenue (at Hoyt St) and 56 University Place (at 10th St ). 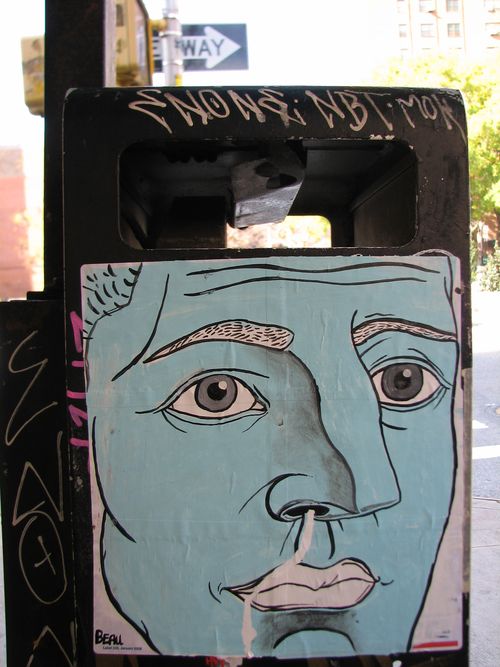 I am not sure what there is left to see in New York regarding graffiti or street art. Certainly the best spots are gone - gentrified and "cleansed". So when I read about Graff Tours hosted by a real street artist, I thought I would share it with you as a public service. They appear to be designed for visitors to the city - as I see on their site, you can be picked up at your hotel and escorted to spots on the Lower East Side, Soho, 5 Pointz in Queens and Hunts Point in the Bronx.

But visitors beware - the LES and Soho are really stripped of all their best street art. It has been a horrible decimation that has been occuring for about five years and has all but been eradicated. And yet, not matter how little is left, there is more in NYC than in any town in the US I have visited. 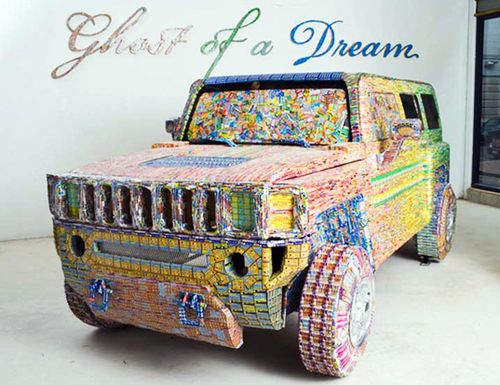 I am all for recycling and when you can recycle and transform the material into art, that is a win win. So I was excited to read about Ghost of A Dream and their lottery ticket art effort. I for one have a few tickets to send them for their effort!
Lottery Tickets Transformed Into Beautiful Works of Art
Lottery tickets can make or break dreams, but they can also be transformed into beautiful objects in their own right. Ghost of a Dream, a team of two Rhode Island School of Design Graduates, has created one of the most astounding sets of recycled art that we’ve seen in a long time, using a cheeky combination of lottery tickets and romance novels.