Dark and haunting. Very Old World. I like this stuff. 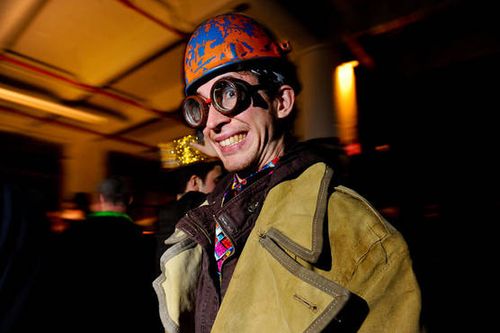 Here is a call for artists for which there is no submission fee. Check out the details and see if you want to participate as an artist or even as a volunteer.

Mark your calendars for this Labor Day in New York City where Winkel & Balktick are staging a large-scale art and entertainment event in a large raw space in the Sunset Park neighborhood of Brooklyn.  You can see some photos of past events here.

This next event is called the Winkel & Balktick Sell Out.  It's billed as a fun exploration of advertising and commercial/capitalist culture using 45,000 square feet of loft space and expecting a few thousand people.  So they need a lot of art and hands to make this work.

Each one of their events is produced by a huge community of creative people.  They are currently seeking artists and volunteers to make it happen.  There's more information on their Opportunities page. And you can contact Eva Lansberry who is the art coordinator. 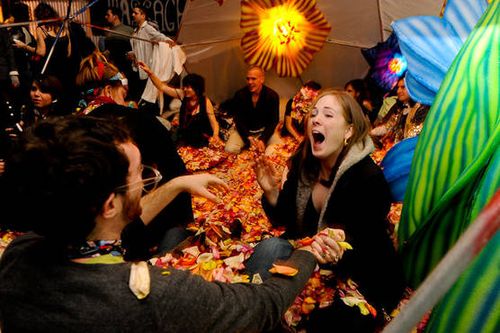 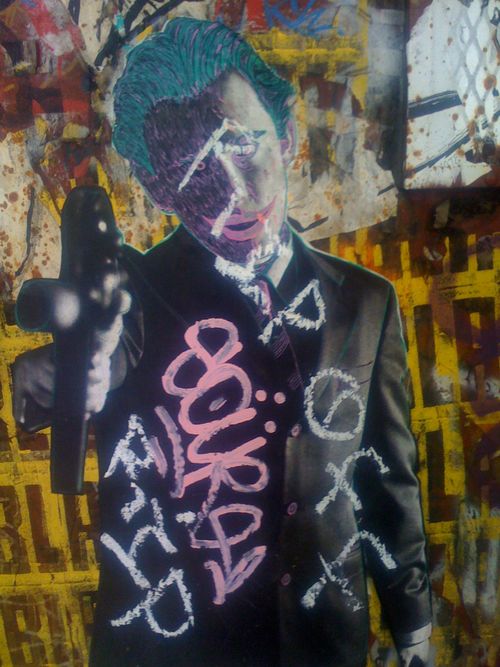 I know I have an unpopular stance when it comes to graffiti so I will temper my joy as I read that there appears to be much more graffiti reported in urban areas. Of course I have not seen this -here in New York it is waning-but I guess it must be true.

According to the New York Times, the surge in graffiti is attributed either to the worsening economic conditions and / or the glorification of street art in galleries and museums. I say why ask why? Just enjoy the beautification of some barren urban scapes. The reported extra graffiti appears on old abandoned buildings and vast bleak urban landscapes in addition to the usual places around town. And while I can understand that we don't want scribbling all over town, why can't we recognize the value and beauty of a large scale graffiti mural on an old crumbling wall?

A bumper crop of scrawls is blossoming in many modest-size communities across the country — in places like Florence, Ala.; Bernalillo County, N.M.; Taylors, S.C.; and in larger cities like Nashville and Portland, Ore.

However as someone who has watched the street art scene for several years and who still relishes a memory of Keith Haring decorating a subway station with his chalk drawing in the 1980s, I can say that street art in NYC is definitely on the wane. Many of my favorite stomping grounds have since gentrified and what few patches of street art that remains, are shadows of their former selves. I would even say that galleries and museums have contributed to the removal of street art from the street.  Well that is one opinion....

Photo by Charlene Weisler. A Lower East Side doorway.

Liu Bolin - An Artist that Disappears Into the Foreground 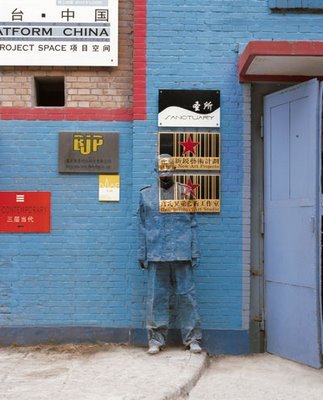 Lui Bolin is an artist whose work can best be described as "in the street" art. His current project is called "Hiding in the City" and it takes him to New York. But Bolin is no graffitist.

He is more of a conceptual artist who really really gets involved in his subject. Bolin actually paints himself in such a way that he completely blends into his picture. He is called the invisible man because even if you look at his work, it can sometimes be very hard to see him in it.... But he is always there.

Call it a religious festival or call it street theater, the annual Giglio Feast is not to be missed. There are actually two of them in NYC. One is in East Harlem and the other is in Williamsburg Brooklyn. The one in Brooklyn is always in July around the second week.

This video has a great and unique perspective - from on high. Once I upload my on the ground video from this year's festival - 2011, you will see the parade from top to bottom. 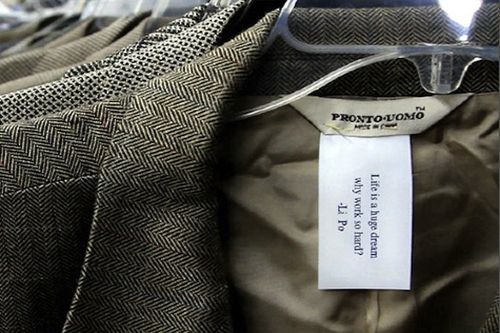 This is one of the most unique forms of "graffiti" I have heard of. I am a great lover of poetry from Wakowski and Cohen to Elliott and Whitman. And now artist Agustina Woodgate has brought poetry to the urban streets ... so to speak.

For her contribution to the O Miami poetry festival in April, artist Agustina Woodgate secretly sewed poems into garments at a local thrift store in Miami. The idea behind her project ‘Poetry Tags‘ was to make poems more accessible by giving each everyday item of clothing a voice, where by happenstance people were gifted a message.

Armed only with needles, thread, and printed tags with the words of Sylvia Plath and Li Po, this form of literary rebellion is simply about discovery and making poetry more accessible to a broader audience. Watch the video below as the artist explains how her work is like a surprise as the camera follows the artist into a thrift store.

Fame for Street Artists Has It's Drawbacks

For those street artists who gain fame and recognition through gallery shows and musem exhibits - there is a great downside to your success. According to a recent article in the Wall Street Journal, once a street artist can be identified, there is a greater chance that they will be caught for their illegal graffiti activites.

Call it the law of unintended affects, the one way an artist is recognized - via a gallery or museum- is the exact way that artist is unmasked and liable for any street art activity. And it happened to those affairs who were part of the LA MOCA graffiti exhibition that was such a big success for the museum. The larger question here is whether street art should be illegal at all......