There is a Paris Underbelly

The Huffington Post and Brooklyn Street Art revealed that, just like in NYC, there is an Underbelly Project in Paris: 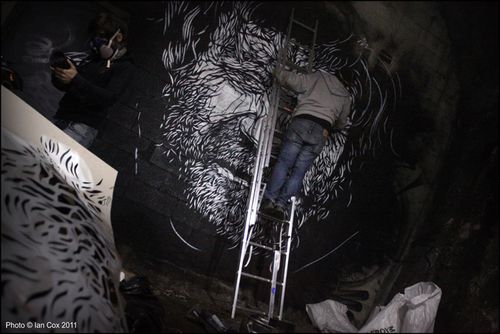 Opening under cover of night somewhere in Paris, four stories beneath la rue, a secret subterranean gallery in a sealed tunnel appears suddenly. While activity on the street overhead is hectic and dense with cars, trucks and pedestrians, the dry dust is ankle-high here in this darkened silent morgue, its cool dank air now permeated with fresh aerosol. The Underbelly has been here, and if you discover this curated collection of Street Art and graffiti in the chilled dim light, you are officially lost. And lucky.

I am thrilled that there are more of these underground projects. More! More! Read the entire article on the link above.

Here are some photos from Occupy Philadelphia: 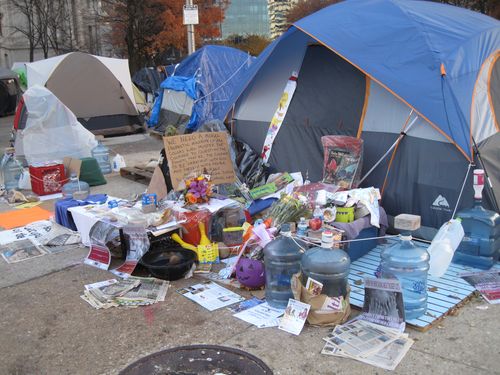 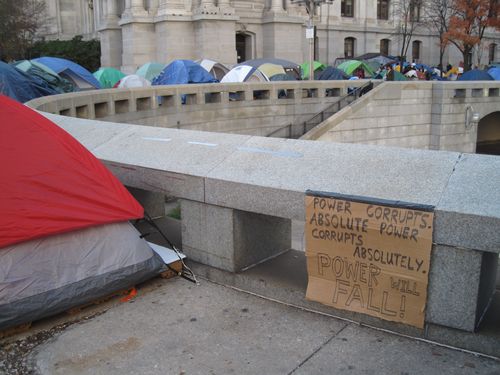 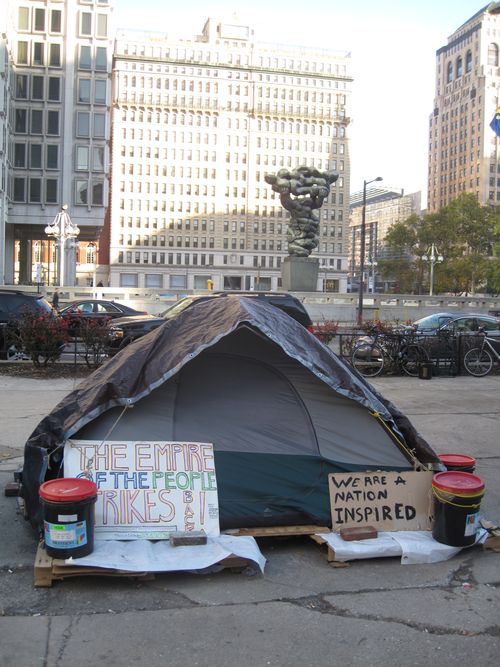 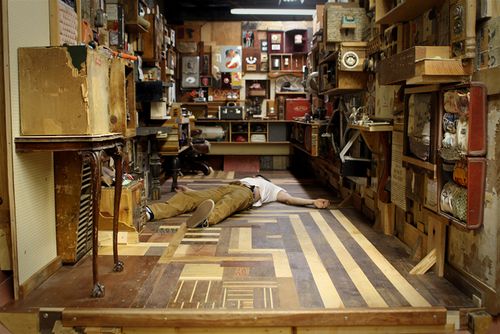 Talk about fascinating .... okay I am a bit of a pack rat myself... the artist Mac Premo has collected all his lifetime junk, fashioned it into a discarded dumpster and made a museum of if of sorts. It is called the Dumpster Project.

Here is the write up from the New York Times - His collection includes "457 items in all, many of them displayed in frames arrayed along custom-built shelves that line the walls." Mac also installed a hardwood floor and a swinging door at one end. The curiosities include "his daughter's baby shoes, a tin of canned beef with a label in Arabic" and "the frame of a bicycle he rode across Europe."

"This is a portrait of a life," says Mac. Some of the items merely represent his memories. For example, "a torn dollar bill stands in for his old cat, Bacon," who once ripped apart Mac's mom's money. Others are symbolic, such as "a clear, plastic doll" displaying internal organs, which Mac had bought "for a quarter at a yard sale." The doll itself isn't particularly meaningful, says Mac, but it serves as "a mnemonic device" for simpler times. "Things help me think," says Mac, quoting Mark Wagner, a friend and fellow artist.

Mac catalogued or "eulogized" each and every item on his blog, including "his wife's old pajama pants" which he says are important because "she slept a thousand nights in those." Everything represents some chapter in his life -- the keys to the house where he grew up and an ID card from a laser-tag arena. He's got unused Yankees tickets dated September 11, 2001 and a cellphone he smashed to bits the next day." Currently on display at the Dumbo Arts Festival, Mac hopes to sell his Dumpster Project to "a buyer who will give it a permanent home."

A day in the life at Occupy Wall Street in October 2011. Zuccotti Park is cleaner and there are organized areas such as a Food Station, Press area, Donations area, and a place where wet cloting is drying out. Peaceful and persistent.

The message by Comment Terry in this video is only his own and may not represent the opinion of the rest of the Occupy Community.

Hats and spray can caps off to Fat Cap which is a resource and destiantion for everything street art.  There is an editorial section, up to the minute videos and great stills.

Here is a recent video - enjoy:

Amazing and very creative - Joshua Allen Harris' street art has to be seen: