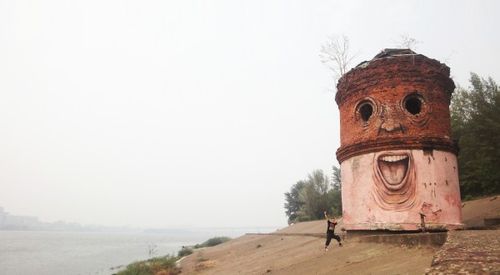 Nomerz is a Russian based street artist whose whimsical faces humanize an otherwise derelick landscape. Check out this great video of his process:

I am on the list for this great street art blog - Brooklyn Street Art. Here is ther latest newsletter. Visit, sign up and check them out:

Pandemonium on the Walls at Pandemic

Brooklyns’ Pandemic Gallery recently invited a sort of painted pandemonium to fill all the walls of their space for a summer art party. Shoulder to hip and head to toe, this mixture of artists is actually emblematic of this moment in Brooklyn history and representing the raucous variety of styles that are mashing and mixing [...]

So Much For Atlanta Street Art Appreciation

Apparantly the initiaive to add street art to the forsaken walls of Atlanta has met with community outrage.

According to the Huffington Post, a new mural was recently revealed on a South Atlanta public wall, but the community says that it looks like the painting was a bit too revealing itself. The piece, made by a professional Argentinian street artist Hyuro, has sparked outrage in the local community because it depicts a naked woman. Located in the town of Chosewood, the work is across the street from a church and also near a mosque, a federal penitentiary and day car center, with school buses passing by.

Sorry for the late post on Love TV - it ends this week. But there are still several performances to see.

Love TV marks the beginning of a love affair with New York City
"Flying the flag: McIntosh is the local pioneer of reality theatre… she has created a sensation with Love TV." – The Melbourne Herald Sun

From the iconic Flatiron Public Plazas at Madison Square to the Staten Island Yankees home ground at Staten Island, Love TV will visit some of New York’s most unique areas.  From the colourful community of Coney Island to the much loved Astoria Park Shorefest and the JAMS Festivals in Queens, to the historically rich Tama Summerfest in the heart of Brooklyn - Aphrodite will uncover stories of love from even the most unlikely storytellers.  Visiting a selection of vibrant areas such as Fordham Road at The Bronx, the installation will appear at nine sites throughout July and August. Love TV also partners with Fourth Arts Block (FAB) as part of Fringe NYC on Fourth, which sees Love TV feature as a public art installation and performance work in this year’s Fringe.

Love TV sees enigmatic hostess, Australian artist Rebecca McIntosh, under the guise of Aphrodite, entice well-known celebrities, musicians, local legends and members of the local community into her studio. McIntosh’s installation, a hot pink TV–shaped mobile theatre transforms itself into a space for intimate and spontaneous conversations about love and passion.  Interviews are beamed live onto a screen for public viewing and then edited and uploaded to the Love TV website and social networks, maintaining a lively online Love TV community.

Prior to each Love TV performance, local residents are invited to Share The Love by nominating online at http://bit.ly/LOVETVinNYC which celebrities, artists, history-makers and creatives they would like to see share the story of their own personal love affair with their respective neighbourhood or city.

Based on these nominations, Aphrodite will conduct conversations with nominated personalities as well as passers-by. Interviewees will be given a public forum to express their most cherished corners and loved locations, cracking open the heart of the city with their shared stories. Over the years, Rebecca has interviewed the likes of high profile celebrities such as The Mighty Boosh funny man, Noel Fielding, award-winning actor Rutger Hauer and established American author, Augusten Burroghs.

The original concept of Love TV was created and presented by Australian artist Rebecca McIntosh from Broome to Bali, Adelaide to Edinburgh, the Sydney Festival to Melbourne Comedy Festival. More recently, a collaboration with creative producer Victoria Johnstone has developed Love TV into this new and innovative model for community engagement as a way to explore identity, diversity and the universal subject of love.

Share The Love! Nominations are now open for who you would like to see share their stories as Love TV makes it’s way to New York City in 2012. Go to http://bit.ly/LOVETVinNYC

The Schedule may be subject to change so please check out website!

For more information and regular updates visit http://www.lovetv.com.au
Share the love: www.facebook.com/lovetv.love
Follow us: www.twitter.com/lovetvloves
For all media enquiries please contact Monique Rothstein at monique@positive-feedback.com.au or 347 261 9149 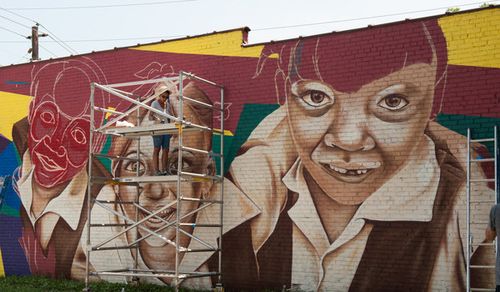 The New York Times reports that Atlanta has discovered the value of street art by commissioning street artists to create art around the city. Atlanta now joins a legion of other sities doing the exact same thing. Please check through my blog to see all the various examples.

Here is a short excerpt of the NYT article =

...A project called Living Walls commissions artists to spruce up recession-hit neighborhoods. While traditional graffiti may often be seen as a sign of urban decay, these murals — sprawling, brightly colored portraits and designs — aim to instill some optimism.

The Atlanta-based project, which began last week and ends Sunday, gives 28 artists their own spaces: sides of buildings, foreclosed houses and subway underpasses. All paintings are done with owners’ permission and city permits, in neighborhoods like the crumbling Edgewood district, not far from where the Rev. Dr. Martin Luther King Jr. grew up.

“Painting a mural is not just saving money for the wall owner,” said Monica Campana, who helped found the project in 2010. “It’s giving a new look to a block, and it may be helping the neighborhood economically.”

This year, its third, Living Walls has invited only female muralists. The goal is to showcase the creations, in aerosol and latex paint, of women from around the world, including Argentina, Brazil, Canada, Italy and Spain. The project, which includes lectures and parties celebrating street art, is also meant as an alternative to larger conferences, like Art Basel Miami or the Congress for the New Urbanism.

As Living Walls has grown in scope and recognition, its sponsorship has expanded to include a prominent law firm, the Museum of Design Atlanta and the W Hotel, where the artists receive free lodging. And there are other signs of Atlanta’s embracing street art. A 22-mile loop of jogging trails and public parks under construction around the city now features an array of commissioned works. “We’re not New York, we’re not L.A., we’re not Miami, with the history of street art,” Ms. Campana said. “But in a sense, that’s what’s appealing: you can bring street art to a new city.”

The city has also redoubled efforts to rub out a different form of street art: illegal graffiti. Two years ago, the mayor created a graffiti task force and the Atlanta police dedicated a full-time officer to track down the most prolific offenders. Last October, the city arrested seven men between 19 and 29 who they said were responsible for 800 acts of graffiti vandalism. They received fines and probation.

One of those arrested, Josh Feigert, 28, sees a double standard in the city’s embrace of projects like Living Walls, while it cracks down on graffiti. “It seems hypocritical,” he said. “I would hope people would learn a little more about graffiti, and that it is an art form, as well.”

I am not complaining about this move towards sanctioned street art. I support it. Of course street art adds to a city! I've been saying that for years. My feeling is that it needn't always be "sanctioned". Let it sprout all over town. I guess no politician is ready to embrace that. 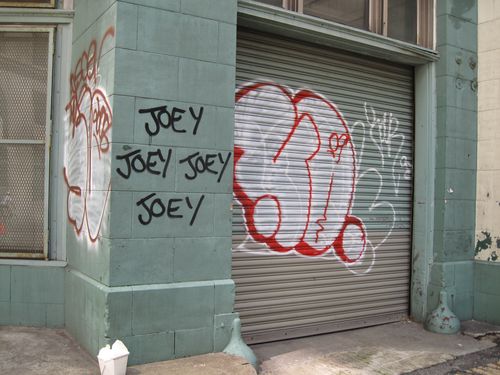