“When I received the invitation to take part in a street art festival in Athens I thought I would try to paint a wall speaking about the problems of Greece and in particular to speak about the consequences of the crisis they are experiencing,” says UNO of his invitation to participate in the first Athens ...

Shamsia Hassani, a female street artist in Kabul, is both courageous and inspiring. Read an interview with her via this link and check out her process in the video: 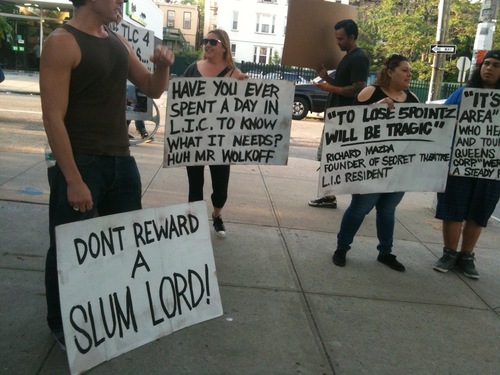 Should we chalk this up to yet another politican who is beholden to the special interests of developers?

In a all-too-common display of short sightedness, the Honorable Queens Borough President Helen Marshall has voted to tear down international graffiti mecca 5Pointz in Long Island City Queens to ... wait for it... make way for luxury condos. Luxury condos that will be built, by the way, alongside elevated subway tracks and railyards. But hold on --- there are some affordable apartments promised too! In fact 7.5% of all of the apartments will be "Affordable" (meaning that 92.5% is luxury) So that makes it all okay.

According to the Daily News:

An iconic Long Island City building that has served as a legal canvas for graffiti artists for more than a decade is now one step closer to the wrecking ball. Queens Borough President Helen Marshall announced Wednesday that she supports the plan to tear down the former water meter factory, which houses the 5Pointz Aerosol Art Center, to create room for a pair of luxury residential towers.

Her recommendation came after the owners of the site, Jerry and David Wolkoff, agreed to create 75 units of affordable housing for seniors, veterans and residents of northwestern Queens. There will be about 1,000 apartments total. The Wolkoffs also promised to create 20 artist studios, up from five.

“I had some concerns about this application,” Marshall said in a statement. “But I believe those concerns have been adequately addressed.”

The Wolkoffs, who own the site and have allowed aerosol artists to paint the building, are seeking approval to build a pair of towers larger than current zoning allows.

But it is not okay. We are losing a unique one-of-a-kind art center that attracts visitors from around the world. Doesn't Queens and NYC in general want that?? 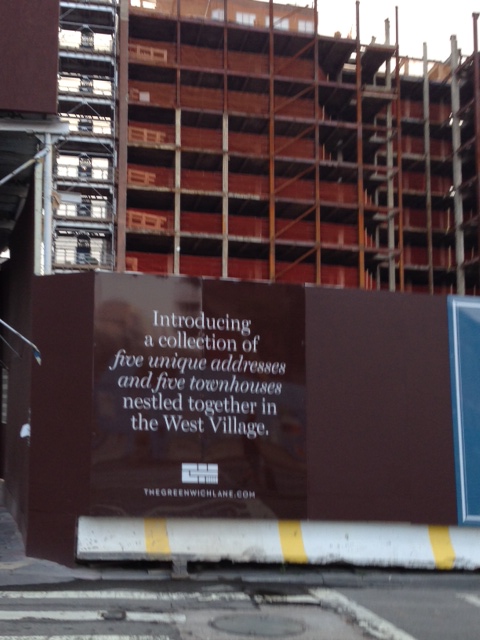 It is bad enough when mayoral hopeful Christine Quinn casts her vote to destroy St Vincents Hospital so a super-luxury development and private park can be created for the 1%'ers. (And she also voted AGAINST the community and FOR NYU in their millions of square feet expansion into the core of Greenwich Village that will change the neighborhood forever or until a nuclear attack.)  To have this political venality spread to other boroughs is simply disgraceful.

Awake Citizens! Awake show your muscle at the voting booth! 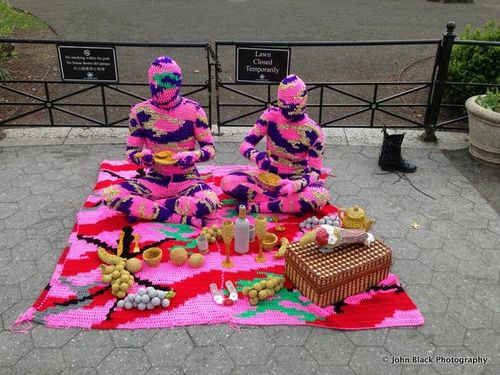 Street Art That Blends into Its Environment 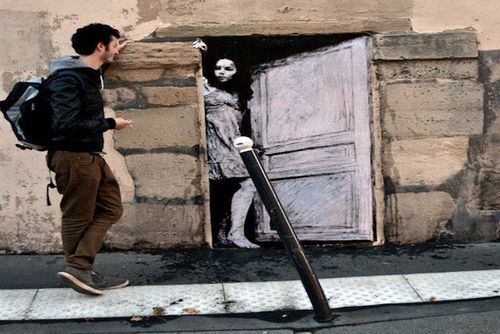 A French street artist by the name of Levalet has been creating a series of funny scenes that seem to interact with their environment using nothing more than paper cut-outs and wheatpaste.

The artwork appears lifelike in many scenes such as a woman emerging from a door and a man closing the shutter of his shops for the day. They were created in black and white, but if given an element of color, it wouldn’t be surprising if many people were fooled into thinking they were real.

Levalet’s final touch is often a 3D object such as an umbrella, this completes the illusions and potentially acts as a way to draw in passersby who may not have noticed the 2D art in the first place.

Click through the gallery below to see more of the eye-catching pieces.