The New York Dance Parade - May 17, 2014
The Drone That Will Change Graffiti: An Interview with KATSU

Art Whino returns to Richmond for the third installment of the Richmond Mural Project as artists from all over the world will be painting the city between June 16 and June 27, 2014, according to a post to its website. 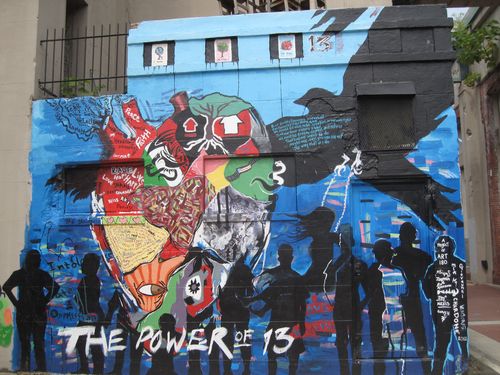 "After completing 48 murals during the last edition of the mural project, Art Whino will work with eight to twelve of the top muralists from around the world  to curate another round of murals. Bringing Richmond a sampling of the great variety of mural work worldwide, just as in past years, the selection of artists will feature a dynamic range of styles and subject matter which creates a unique experience for visitors, providing a glimpse into a worldwide movement in one city. The creation of another 20 murals this year will bring the number to over 68 throughout the city, further establishing the Richmond Mural Project. This edition will continue to build Richmond’s reputation as a go to destination for murals that incite exploration of the city through weekend visits that result in the discovery of the city Richmond itself, with its neighborhoods, businesses, and culture, as visitors hunt for the next mural."

This year’s lineup includes New York-based artist Ron English, whose work often involves subversive pop imagery such as an obese Ronald McDonald. Other artists include Chazme 718 and Sepe of Poland, Interesni Kazki of Ukraine, Meggs of Australia, Onur of Switzerland, Smitheone of Mexico and Wes21 of Switzerland.

Due to the 2012 G40 Art Summit, the 2013 Richmond Mural Project and the RVA Street Art Festival, and smaller projects like The Light of Human Kindess, Richmond has become a much more colorful city. We made a printable map of all the murals with a list of all their addresses.