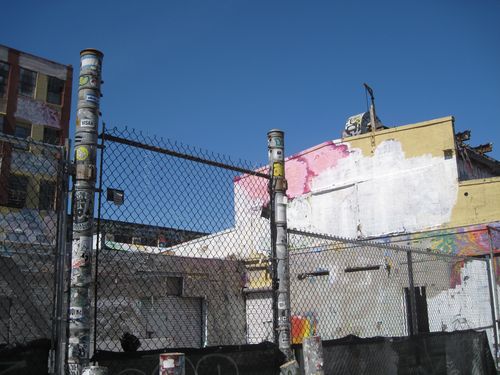 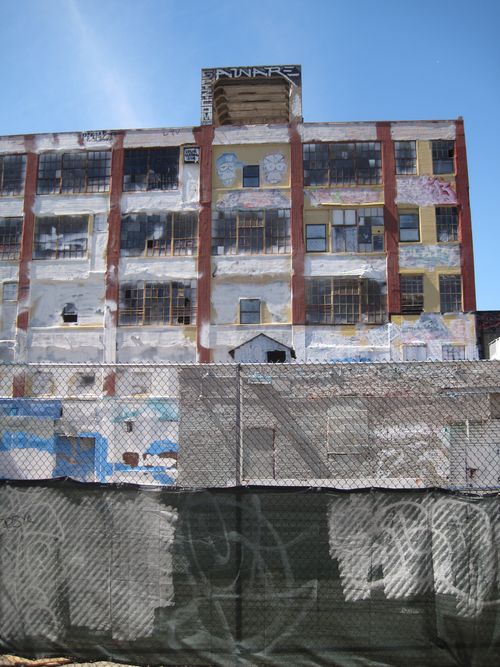 This by Benjamin Sutton for Hyperallergic:

Nine artists are suing Jerry Wolkoff, the owner of the 5Pointz site in Long Island City, Queens, for destroying their murals when his company G&M Realty had the building whitewashed in November 2013.

In a complaint filed earlier this month in federal court in Brooklyn and obtained by Hyperallergic, the artists — Maria Castillo (TOOFLY), James Cochran (Jimmy C), Luis Gomez (Ishmael), Bienbenido Guerra (FCEE), Richard Miller (Patch Whiskey), Kai Niederhausen (Semor), Carlo Nieva, Rodney Rodriguez (PANIC), and Kenji Takabayashi — claim that “without giving [the artists] a fair opportunity to remove and preserve their work, or even the minimum notice required by law, [Wolkoff and his company G&M Realty] suddenly decided to destroy it under cover of night, even though at the time of the destruction they were far from ready to demolish the buildings in question. The destruction was gratuitous, willful, and wanton, and undertaken without regard to the feelings, reputations, or financial interests of the plaintiffs, who now seek compensation for their devastating losses.” The artists claim their works were protected under the Visual Artists Rights Act and are seeking unspecified damages and payment of their legal fees. They are being represented by Eric Baum of Eisenberg & Baum.

“The artists were very upset and disturbed by the whitewashing of their work,” Baum told Hyperallergic. “They would have preferred for the building to have been preserved, for their artwork to have been preserved, for them to have received notice before the artwork was destroyed …. This is a case about damages, but it’s also something that the artists feel strongly about, they want to send a message that this type of art needs to be protected.”

As the lawsuit explains, the whitewashing of the 5Pointz building was entirely unnecessary, as the structure’s demolition had already been approved — it took place in August 2014. Furthermore, it was done 11 days before Jonathan “Meres One” Cohen — the volunteer curator of the building’s graffiti — was due to hand over the keys to the building, which Wolkoff had given him a decade earlier.

“By whitewashing the artwork, [Wolkoff and G&M Realty] denied [the artists] the opportunity to record, preserve, and/or remove their work, which could have been readily accomplished prior to or during the demolition of the building or with legal notice,” the complaint states. “[Wolkoff and G&M Realty] could have permitted [the artists] an opportunity to mitigate their damages, but they chose not to do so. Instead, they chose to act in a manner that can only be seen as having been intended to cause intense shock and emotional trauma by inflicting an egregious public insult and destruction of protected artwork.”

Construction of the luxury apartment towers that will replace 5Pointz is underway, though Wolkoff’s attempt last year to trademark the former graffiti center’s name in order to market the new buildings failed. To recap the highlights and eventual destruction of 5Pointz, check out Hyperallergic’s previous posts on the fight to save the once colorful cultural hub.

Sirius (2012), for violin, viola, cello and piano by New York-based composer David Glaser, is the second in a series of compositions for string combinations and piano. The work reflects the composer's recent interest in the fantasy, a genre of Elizabethan viol consort music that alternates polyphonic passages with homophonic sections. A single movement work, Sirius is a sonic collection of colors that at times sounds other-worldly, especially during the muted violin and viola passages. Special effects such as the plucking of the piano strings and loud pizzicatos can sound gratuitous in the hands of less skilled composers, however Glaser uses them all with purpose. The ensemble effortlessly and beautifully passed the lines of vivid tonal colors back and forth and each had an opportunity to share the conducting responsibilities.

Arrested for Posting a Photo of Street Art? 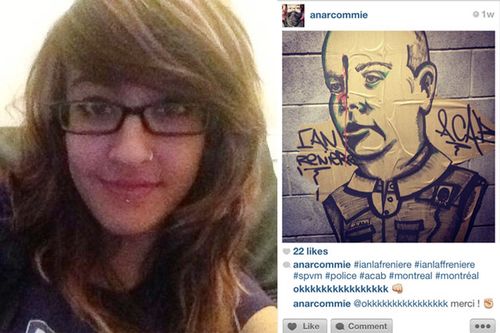 I find this story hard to read or to understand.

This seems like a case of a photographer being punished for the subject of her photo which, beyond taking the photo, she had nothing to do with the creation of the street art.

Here are the details:

Jennifer Pawluck, the Montrealer who was arrested in 2013 for posting a photo of a piece of street art on Instagram, has been convicted of criminal harassment and, on Thursday, was sentenced to 100 hours of community service and 18 months probation. Her community service must be completed within a year.

In late April Pawluck was found guilty for having posted a photo on Instagram of a piece of street art showing Ian Lafrenière, the lead officer for communications and media relations for the Montreal police, with a bullet wound in his forehead. Pawluck did not create the artwork, but merely saw it and posted a photo of it online. The image was accompanied by text that read “Ian Lafrenière” and “ACAB,” an acronym for “All Cops Are Bastards.” Pawluck had seen the piece of street art in the Hochelaga-Maisonneuve neighborhood where she lives and posted it online accompanied by hashtags including “#ianlafreniere” and “#acab,” later claiming that she didn’t know who Lafrenière was. At the time, Pawluck had 81 followers.

“On the photo there were links, or hashtags, with Ian Lafrenière’s name written in different ways and allusions like (‘All cops are bastards’) and (‘One cop, one bullet’) to the point where, given the context, there was criminal harassment,” Josie Laplante, lawyer for the prosecution, told the National Post in April following Pawluck’s conviction. “I think we all have to pay attention to what we post because (some people) don’t consider the impact it can have on other individuals.” 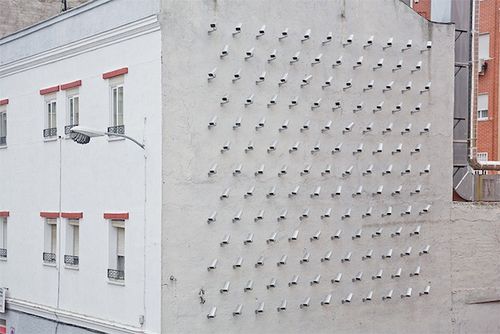 This in from PSFK: The "Spanish Banksy" creates a monstrous wall of security cameras to shows people how easy it is to forget about them.

With all the talk of the more invisible, insidious forms of surveillance occurring online, it can be easy to forget the physical surveillance that has become ubiquitous through city-wide CCTV cameras. Spanish street artist SpY aims to remind us of the reality that we have come to find so easy to accept, and like many of his other public intervention artworks (he has been referred to as the “Spanish Banksy“) it makes use of repetition to exaggerate the ubiquity of an ordinary urban device. 150 nonfunctional surveillance cameras were spontaneously installed across a temporary construction site and three-story adjoining building, with the intention of “looking at nothing.”

“My idea is to generate a debate about excessive surveillance to which we are subjected,” he told ANIMAL New York in an email. “Now in Spain with the new conservative government, there are new laws against the rights of expression.” Though the current Spanish administration is better known for its similarity to the American religious right, it has also shared details of millions of phone calls with the American NSA. His personal manifesto says that his works “want to be a parenthesis in the automated inertia of the urban dweller. They are pinches of intention, hidden in a corner for whoever wants to let himself be surprised.” His use of the word “intention” makes us wonder about the possibilities of this project had SpY decided to bring the cameras to life – a parallax 3D image of the the surveillance state, perhaps? As long as they’re fake cameras, we’ll never know.