The Neglected History of Medieval Graffiti 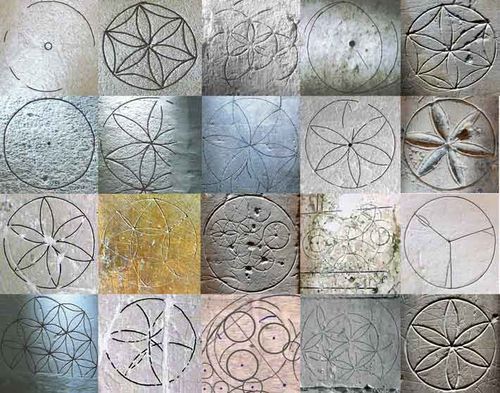 The ornamentation of medieval churches is often associated with the elite: stained glass windows, ornately carved pews, and memorial monuments to lords and knights. However, carved right into the structure of the building, in the dark corners and beneath the whitewash on the walls, are less visible traces of the lower and middle class: graffiti.

Since 2010, historian and archaeologist Matt Champion has led the Norfolk Medieval Graffiti Survey (NMGS) to discover these carvings in England, findings which he recently published in Medieval Graffiti: The Lost Voices of England's Churches

Champion writes that “the medieval church was a far more interactive space than we may once have believed.” So while looking back on the graffiti, it can appear like a desecration, the spirit behind it was one of devotion. Rarely were these marks and messages removed or written over by other parish members, showing a sign of respect and acceptance. Curiously, many of the graffiti traces discovered by Champion relate to curses, magic, and more pagan practices than are often connected with Christianity.

Some of the most common graffiti examples among the thousands found by Champion and his team are ritual protection marks, or “witch marks.” These were made by individuals asking for protection, an act akin to a prayer, like a compass, a pentangle (a five-sided star), or a “VV.”

Magic was practiced across Christian classes, although not necessarily as we’d describe it today. Transfiguration of wine into the blood of Christ in a communion service was often considered something literal, rather than figurative, so it wasn’t outside the realm of belief that a symbolic carving in this sacred space had transformative power.

Medieval Graffiti is an accessible introduction into a side of medieval life that only occasionally appears in records, and shows there are still discoveries to be made even in these extensively documented churches. Champion acknowledges that his work has concentrated on east and south England, but more medieval graffiti is “out there — just waiting to be discovered after centuries of hiding in the shadows.”