Malta Has it Right on Street Art. Travel There Recommended 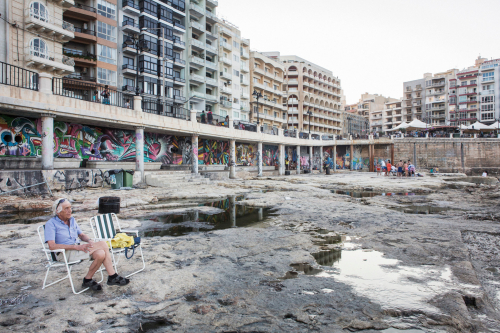 I am planning to travel to Malta. This is a country that has the exact right policy on street art and graffiti - they not only allow it, the encourage it.

According to the New York Times --

Most cities around the world denounce, or grudgingly tolerate, painting on public property. But on the Mediterranean island of Malta, the process is encouraged. In the shade of a pedestrian bridge, where old men and women sit on the concrete benches, staring out to sea, a wall has been splashed with color and the spray-painted words “NO WAR.” The phrase is part of a mural of a crying child carrying a teddy bear that’s been shot in the head.

This wall, like many on the island, was earmarked by the local council for street art.

Malta is so fond of what other cities would call graffiti, a government agency, Arts Council Malta, teaches street art in schools and even in some retirement homes. James Grimaud, the artist who painted the antiwar mural, teaches students to sketch, make stencils and use spray paint.

The island’s streets had traditionally been dotted with works of devotional art, depicting figures like the Virgin Mary, and Mr. Grimaud said “there isn’t a history of vandalism on the island.”

That might be part of why the modern murals, which are more likely to focus on political corruption or the commercialization of the island, are still treated with a kind of secular reverence.