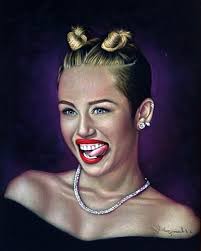 As early as the 13th century, Marco Polo reported seeing painted velvet portraits of Hindu deities in India, with religious images continuing to appear on velvet canvases throughout the Middle Ages. Transcending time and modernity throughout 14th-century Kashmir, 16th-century China, and 19th-century England, black velvet paintings finally attained full-on cult status in the 20th century. By that point, Jesus appeared just as frequently as matadors, unicorns, hula girls, and, of course, that other King — Elvis.

Enter: Caren Anderson and Carl Baldwin, founders and curators of the Velveteria. An oddball museum if there ever was one, the Velveteria keeps the black velvet craze of the mid-1970s alive and well with plenty of retro kitsch—but also a surprising number of new commissions and modern takes on this practice. As lifelong enthusiasts, the pair has amassed a collection surpassing 3,000 of these paintings.

In 2005, the museum's first iteration opened its doors in Portland, Oregon where it enjoyed years of endearing weirdness before closing up shop and relocating southward to warmer and sunnier climes. The present collection can now be found in the heart of Los Angeles' Chinatown, where more than 400 of the finest specimens from the couple's treasure trove are on display, six days each week. Though each visit feels a bit like a trip down a rabbit hole in its own right, the most otherworldly element of all is the museum's black-light room, where the ghoulish and trippy velvet paintings really seem to come to life.