Detroit's Street Art Scene is Disappearing. Is That REALLY Good?? 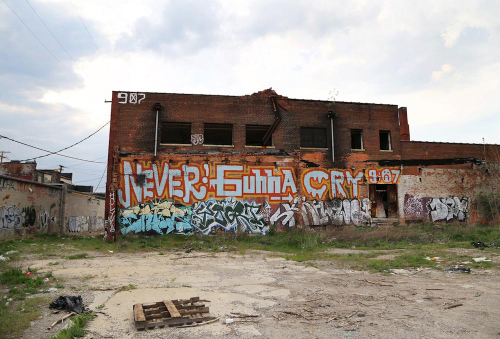 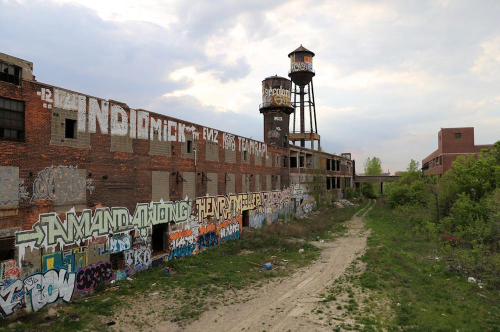 Readers of my blog know my passion for street art. This article reported in Vice shows the continued short sightedness of urban planners who, in league with developers and gentrifiers, remove the traces of street art as part of a city's rebirth. Why can' street art and (asethetically beneficial) gentrification co-exist? I am not advocating keeping Detroit ruins in place. I am saying that there should be a place for the creative expression of the old Detroit alongside the new up-and-coming Detroit.

Here is a link to the full article and a short excerpt below:

From the point of view of many residents and property owners, the eradication of graffiti may be a sign of Detroit's much-touted rebirth, but for many writers it spells the end of an incredible cycle of creativity. Not long ago, Detroit was considered by many to be the graffiti capital of the US, and perhaps the world—a vast playground with a near-unlimited supply of walls where writers could paint undisturbed in broad daylight.

In a city teeming with corruption, violence, and arson, catching kids with spraypaint was not a priority for law enforcement. The freedom to paint made for an amazing sight—there was once graffiti everywhere, and since it took some effort to get to Detroit if you weren't from there, the local competition was high, the risk was low, and much of the work was pretty damn good.

I first visited the city in early 2013 on a quest to find and document as much of its graffiti as possible, and was immediately hooked. I returned three more times, witnessed the city's rapid transformation, and explored its buildings and neighborhoods with a rotating cast of other photographers and graffiti writers.