Even Crayola is Getting into Grafitti 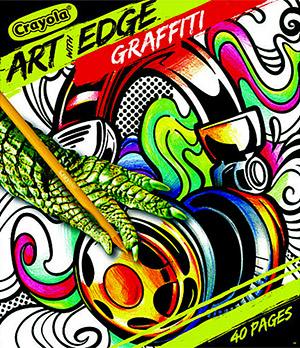 Crayola has just launched a social campaign to relieve college students stress. Called "Art With Edge" it employs street art sensibility in a coloring book and even uses the term Graffiti in the marketing materials.

According to Mediapost, is has been very successful - Crayola reported 4,000 more Twitter engagements per month during the course of the campaign, as well as an average of 40.8 engagements per tweet within the hashtag #ArtWithEdge. There was a week over week percent increase of hashtag mentions by 614% and 455% increase of potential hashtag impressions week over week.

Now if municipalities would allow students to use their Crayola crayons on the streets.....

Draw outside the lines, kids. 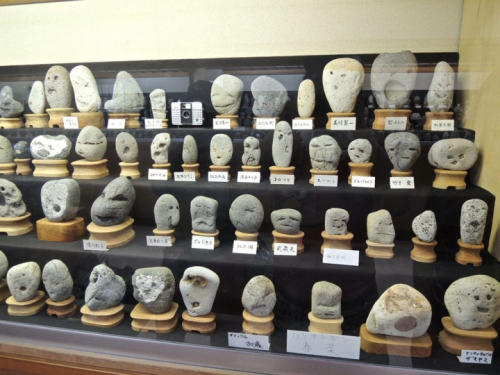 Something strange, compelling and very collectable for today.

There is a museum in Chichibu, Japan, that collects rocks that look like faces. It’s called the Chinsekikan (aka hall of curious rocks), and it houses over 1,700 rocks. (via Colossal) 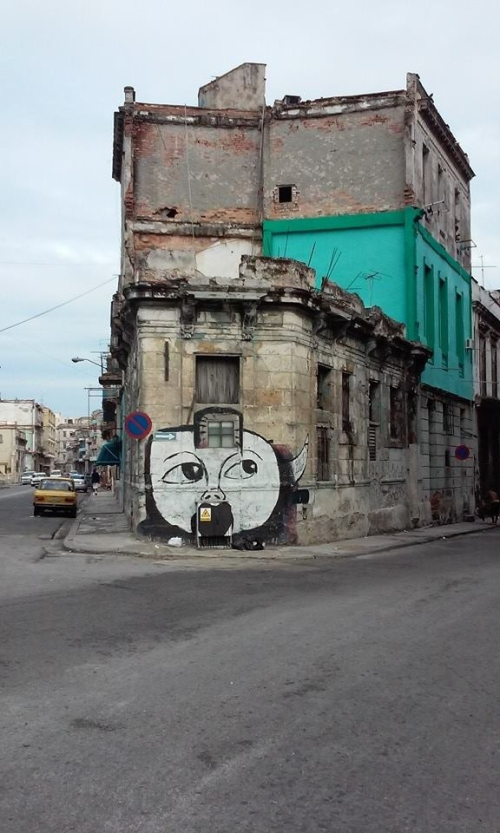 I have traveled to Havana and I can tell you that there is very little street art. This is partially because paint is hard to get and is expensive. But according to Atlas Obscura, there is on street artist who has enough work on the streets of Havana to command attention.

Here is a short excerpt of the full article-

In Havana, Cuba, street art is relatively rare. The city is full of derelict, sometimes abandoned buildings that in other cities might have been used as canvases for graffiti, but tags or murals are found only infrequently in the Cuban capital. In some neighborhoods, though, haunting figures live on Havana’s walls, the product of a young street art movement, led by just a handful of artists.

One of the most prolific and noted is Yulier Rodriguez, who signs his work Yulier P. His pieces feature alien-like creatures with bulbous heads, sometimes more than one, and large searching eyes. Rodriguez said they are akin to souls or fables. They suffer. They wonder. They might be in pain or in a moment of contemplation. They’re rarely happy, though.

They peer out of their other-world into Havana but they rarely seem to see it, caught up instead in an internal melancholy.

The Doll House of Toronto 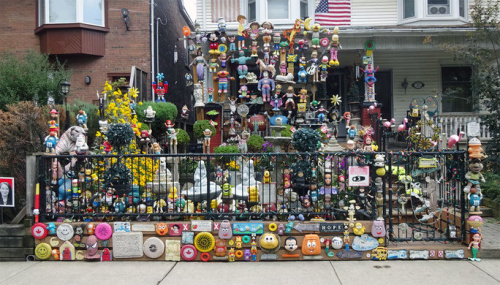 Toronto is a wonderful city on its own but now that I have discovered the Doll Garden house in Leslieville, it will require another trip to the city very soon.

As reported in Atlas Obscura, Leslieville is a quiet neighborhood along Lake Ontario, east of Old Toronto. It used to be more industrial, the streets lined with single-family homes that once housed the local labor force. Most of them have small, well-tended gardens in front, but there is one particular garden that’s tended a little differently than the others.

Instead of boxwood, hydrangeas and day lilies, the gardener responsible for 37 Bertmount Avenue prefers to plant Superheros, Hello Kitties, mermaids and troll dolls.

It’s known as the Doll House, and owner Shirley Sumaiser has been collecting her stuffed and plastic critters for over twenty years, using them to fill up her little plot of Leslieville.

The Doll House is not just dolls—there are toys, stuffed animals, plaques, and signs, some hung from the fence, some mounted on wooden stakes, and some lining the porch and eaves. Together they create a landscape cacophony, the collection often redone to suit a holiday, or a set of new or seasonal additions. The result is an ever-changing garden of tchotchkes that attracts Toronto tourists and shutterbugs alike.