I am fascinated by buildings in ruin. And apparently there are many abandoned psychiatric hospitals that have been allowed to fall into decay all over the world. Atlas Obscura just posted an article on them. The one that is travel-able for me is Creedmore which is on the border of Long Island in NY. 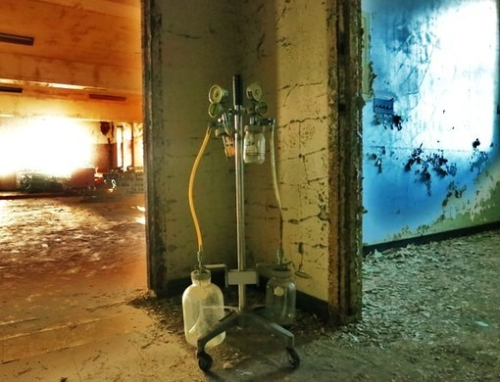 Here is it's history:

Opened in 1912, Creedmoor State Hospital was initially the farm colony of Brooklyn State Hospital (now Kingsboro) with 32 patients who worked the farmland as part of their treatment. Like many other similar institutions, over the first half of the 20th century the population at Creedmoor rapidly expanded before deinstitutionalization occurred beginning in the 1950s, at which point the hospital shrank from 8,000 to 500 patients in the span of only four decades.

The 1970s were a rough time for the hospital, when crime infested the campus. Three rapes, 22 assaults, 52 fires, 130 burglaries, six suicides, a shooting, and a riot occurred within 20 months of each other. It was around this time that Building 25 was abandoned. Never sold off or demolished, it has been rotting on the hospital grounds since it was vacated in the early 1970s.

Besides the pigeons which have overtaken the top floor and the odd squatter, the building is empty of everything but detritus. Thick with grime, if it weren’t so inaccessible by public transportation this would likely be an even more popular spot for urban explorers, teenagers, and those others fascinated with forgotten things.

This is located across Union Turnpike from the active Creedmor campus, you'll see two smokestacks coming up from the property. The entrance is on Winchester Blvd and most of the campus is drivable. Some of the buildings are in active use, for offices and for residential rehabilitation.