Since the Urban Nation Museum for Urban Contemporary Art opened in Berlin this fall, it has already seen thousands of visitors. Placed inside of a pre-war apartment building in the sleepy neighborhood of Schöneberg, the museum is easy to spot—it’s painted from top to bottom in colorful murals with the words “UNique, UNited, UNstoppable” wrapping around the front of the building.

The museum currently hosts new artworks on canvas by some 100 artists, as well as digital prints and sculptures, and a rainbow-hued staircase by British artist Ben Eine. We’ve come a long way from the time when authorities would spend thousands to remove spray paint from buildings—these days street artists sell their works for those amounts. Over the last 40 years graffiti and street art have transformed from being considered vandalism into a celebrated, commercial art form, and the Urban Nation Museum is a prime example.

Inside, you will find the blockbuster superstars of street art, like Banksy, the stencil artist known for his award-winning feature film Exit Through the Gift Shop. There is also a two-story-high painting by Shepard Fairey, who created the iconic “Hope” portrait of Barack Obama in 2008, and works by 3D (the lead singer of Massive Attack) and Parisian stencil artist Blek le Rat.

The museum is also home to works by graffiti pioneer Futura, who made his name painting New York City subway cars in the 1970s. But just as Futura went on to show in New York art galleries in the 1980s, Urban Nation’s museum space drives home the point that street art and galleries have long been connected, and that it has notoriously been a challenge for institutions to “get it right.”

This isn’t the first street art museum and it won’t be the last. There’s the Museum of Urban and Contemporary Art in Munich and the outdoor Street Art Museum in Amsterdam, which started as a grassroots project in 2010. There is the Street Art Museum in St. Petersburg, which was founded in 2014, and London’s own Street Museum of Art.

Apart from being the largest of its kind, what sets this Berlin museum apart from the rest? Well, it’s a cool mix of up-and-coming European artists that also pays homage to the forefathers of American street art. For example, the museum presents a colorful canvas by New York artist Kenny Scharf, who rose to fame alongside Jean-Michel Basquiat in the 1980s. There is also a piece by Ron English, known for altering advertising billboards to have anti-corporate messages in the 1980s.

The museum also shows what’s hot at the moment, like Swedish artist Andreas Englund, who paints portraits of aging superheroes, and Iranian artists Icy and Sot, whose metal fence piece shows a refugee family running across a border. Despite this mixture of historical and contemporary strains, the layout isn’t chronological, so it can be hard to follow a narrative, and the curation frequently comes across as cluttered.

Despite the rebellious origins of urban art, it comes as a surprise no artist worked directly on the walls of the museum. All except one: the Portuguese artist VHILS, who carved out a portrait of a man’s face into the drywall. 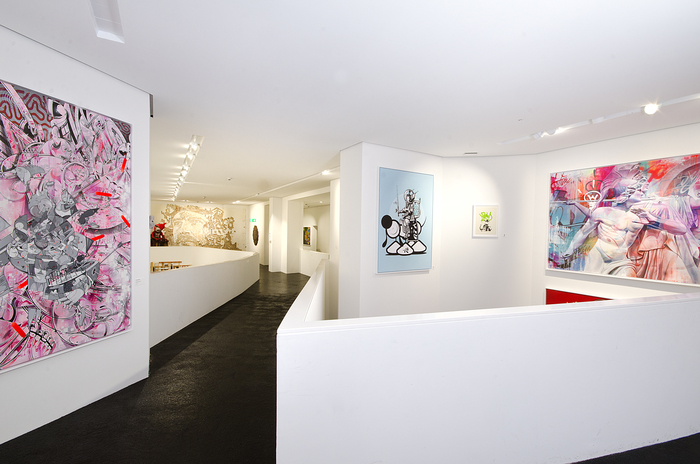 While this museum is a wonderful gesture to a marginalized art form, there isn’t enough real world politics, grit, or transgression crossing the institutional threshold, and this first exhibition hardly comments on the state of the western world. Artists like Hanksy, who did a dung portrait of Donald Trump in New York City, or the collective Indecline, which painted political murals on the Mexican-US border wall, or local political street artist Thierry Noir, who was one of the first to paint the Berlin Wall while it was being torn down, would have been great additions. As a result, Urban Nation’s inaugural exhibition takes no weighted risks in presenting an art form once synonymous with risk-taking.

The museum is a living testament to show how far street art has come, and where it is today, grappling with the role of commercial brand crossovers and teetering on the cusp of institutionalization, but there is scant visibility of the local scene. Considering the long history of street art and its political past in Berlin, there are few voices represented, and they aren’t the strongest ones.

For a real slice of the Berlin street art scene, however, gallery-goers are better off going to Urban Spree, a street art gallery and studio in Friedrichshain, which has shown works by Berlin-based artists like Rylsee, Klub7, and Johannes Mundinger.

To Mundinger, the museum does have some perks, but it still leaves room for improvement. “What I like about the museum is its initial concept to invite different people to bring their favorite street artists for the first pre-exhibition they hosted, and bringing different artists from different backgrounds to Berlin,” he said. “Still, there could have been more diversity, content and style-wise.” 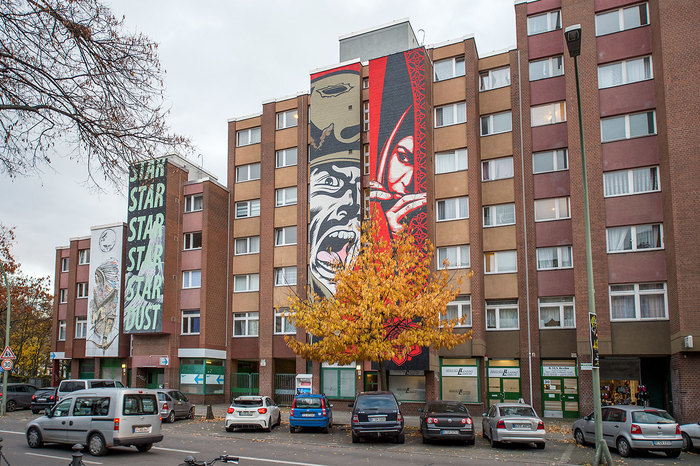 Walls from the “Art Mile” along Bülowstrasse, timed with the opening of Urban Nation Museum. Courtesy: Urban Nation

Urban Nation is not just a museum—the organization also commissions walls around the city with their ongoing One Wall project, and timed with the museum opening, they organized an “Art Mile” of works on walls and trains along Bülowstrasse. Nevertheless, there isn’t much devoted to Berlin’s own important history here, considering countless artists made their mark on the Berlin Wall between the years 1961–1989. After the fall of the Wall, hundreds of artists painted the east side of the Berlin Wall, now called the East Side Gallery, with peace imagery and murals. There is little trace of that heritage, unfortunately.

According to Jochen Küpper, director of Urban Affairs, an urban art festival in Berlin, the local scene was ignored by the museum in the months leading up to their grand opening. “Many international artists were invited, but the local scene was mostly ignored,” says Küpper. “For locals, it didn’t make sense why their requests were ignored, as everyone wanted to help create. Urban art is a public art form and communication is at the core of the movement.”

He adds: “Why did they call this a museum of urban art? There isn’t much about the history, especially the history of urban art in Berlin; there’s no information about the artists or any technical framing, which should be normal for a museum. For most people, it looks like a private collection, more like a gallery. This is not good for the art and this so-called museum, right now, is more of a negative threat for urban art, than any opportunity or community building.” 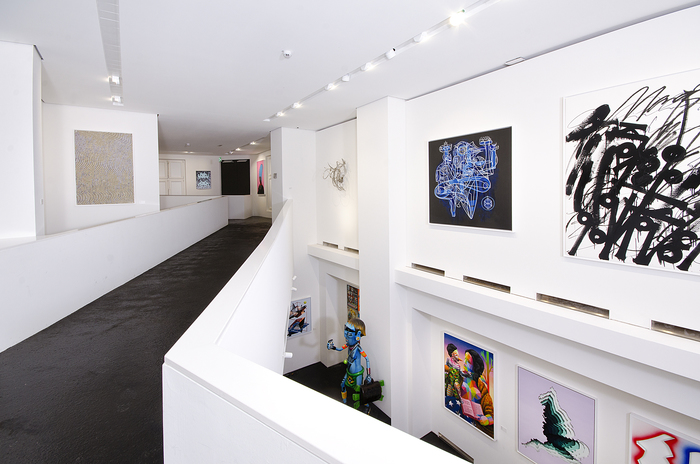 Nadja Sayej is an arts reporter and the founder of ArtStars*, check out her website at nadjasayej.com.