Painted in 1986, the mural was covered up with aluminum siding three years later and has only just been brought back to light.

Last week, a mural Keith Haring painted in Amsterdam in 1986 was re-exposed to the public after being covered up by insulation panels for 29 years.

Haring traveled to Amsterdam in 1986 for a solo show at the Stedelijk Museum. In addition to creating a large-scale and riotously colorful canvas inside the museum (which it recently restored and reinstalled), he asked if he could make a public work. The museum offered the exterior wall of its art storage facility, and Haring set to work, completing the 40-foot-tall mural in a single, chilly day in March 1986.

Following the restoration of the Stedelijk’s large canvas and a campaign by the Dutch street artist Aileen “Mick La Rock” Middel, the museum, the Keith Haring Foundation, and street art dealer Olivier Varossieau organized the removal of the panels. The virtually unscathed mural was uncovered on June 18.

“The mural was under cladding for [29] years and it was a very large undertaking requiring a great deal of lobbying and red tape from many people to get the cladding to come off so that the very beginning phase of understanding what conservation work might be best appropriate considering its current conditions could get started,” a spokesperson for the Haring Foundation told Hyperallergic. “No timeline currently exists for its conservation and the development of the ‘Market Quarter’ will take many many more years to be completed.”

According to the New York Times, the team of Will Shank and Antonio Rava — who previously restored large-scale Haring murals in Paris and Pisa — will work on restoring the Amsterdam mural. 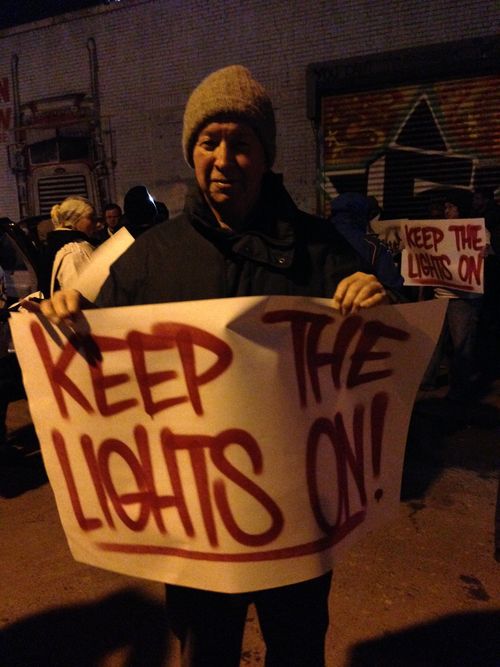 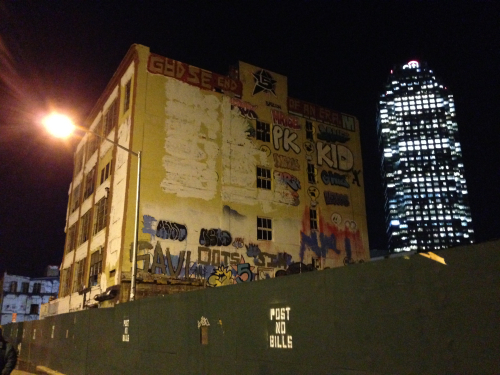 This week in art news: a federal judge upheld his prior ruling in favor of the 5Pointz artists.

Judge Frederic Block rejected a post-trial motion by property developer Jerry Wolkoff to dismiss his prior court ruling compensating the artists of 5Pointz for the whitewashing of their artwork in October 2014. In his ruling last February, the federal judge ordered that the artists be paid $6.75 million in damages. 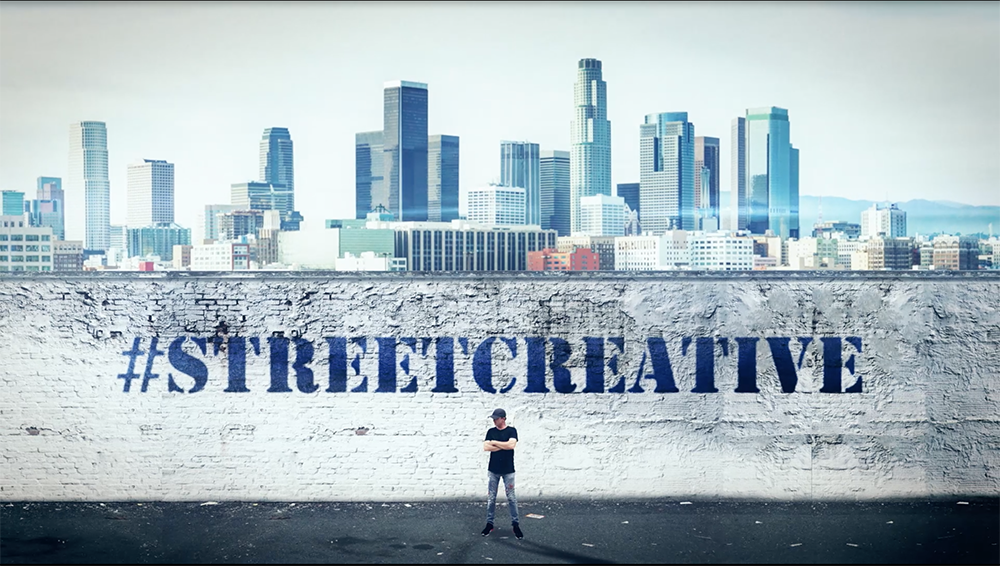 Some folks want to build walls – street artists long to paint them.And this weekend, June 9th and 10th, they’re going to do just that, as some of the world’s most brilliant street artists team up to paint one epic public mural in downtown Los Angeles.

Hand-picked by the maestro of words known as @wrdsmth – whose typewriter-styled words of wisdom have dotted many an urban surface all over the world – the roster of artists includes the likes of searing abstract expressionist @imalexinc, “Courage Has No Gender” founder @MegZany, and PADHiA, whose stark portraits under her @unfukyourself moniker probe the unexplored terrain of the human psyche. San Francisco-based street artist @Fnnch, whose “Honeybear” art can be found all over his city, has also been recruited, as well as the kinetic aerosol scribbler known as Jazz Guetta.

With their creativity combined, this amazing assemblage of muralists are set to transform a 20-foot high, 168-foot wide wall in L.A.’s Arts District into the city’s newest art installation.

We can’t WAIT to see what they come up with – and we want you to see it too, which is why we’re covering both days of this monumental event on our Facebook feed.

We’re doing this because, for one, it’s going to be incredibly cool! And, we believe in the power of street art to impact communities ALL OVER THE WORLD in profound ways.

Art, when untethered from the confines of a gallery or a private collection, has the ability to add spontaneity to our lives. When encountered on the streets near where we work or live, it shakes us from the humdrum routine of daily existence, its impact magnified by the element of surprise.

Building walls is an act of division – of keeping people out. Painting walls unites us.

People from all walks of life will gather this weekend to see what these street artists are up to. They will watch them at work and we hope they will be stirred. Perhaps they will be moved to create their own works of art!

And when the artists are finished painting, their massive mural will live on and continue to inspire people.

A funny thing can happen when you paint a wall – it can turn into something else. It’s as though its inherent function as an object of separation disappears under layers of pigment and color. Instead of keeping people apart, it brings them together – creatives and fans alike.

We hope you will join us, too, for this #StreetCreative event in L.A.’s Arts District. The artists get going at 9:00 AM on Saturday morning, June 9. Catch updates on the CreativeFuture Facebook page!