Street Art Reurns to NYC and I Am Thrilled!

... But I know some people are not happy with the rebirth of NYC graf. Oh well. The re-emergence of street art and graffiti is a sign that New York still has its artists. I see this trend as a big positive, revealing a core creative that is basic and authentic to our experiences living here. For  those of us who remember the street art of the 1970s and 1980s, today is reminiscent of the work of those days and a refresher from the sanctioned commoditized version we were living in since 5Pointz was destroyed. 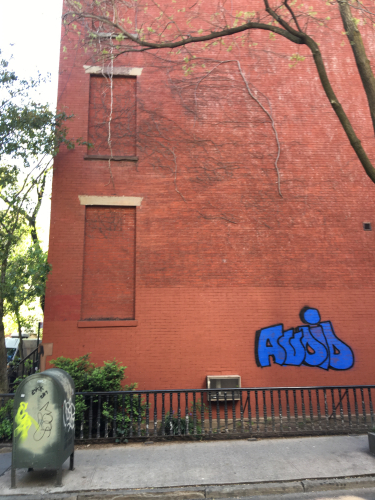 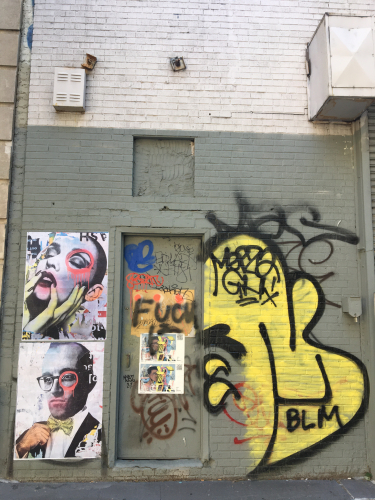 Hot off the press from the New York Times ---

Graffiti Is Back in Virus-Worn New York

The Seventies called. They want their walls back.

While most New Yorkers grudgingly accepted New York City’s lockdown in March, one community eagerly embraced it: graffiti writers. Deserted commercial streets with gated storefronts offered thousands of blank canvases for quick tags or two-tone throwies, while decorative murals in gentrifying neighborhoods were sprayed over as the streets rendered a definitive critique.

From the South Bronx to East New York, a new generation of graffiti writers has emerged, many of whom have never hit a trainyard or the inside of a subway car. But like early taggers who grew up in a city beset by crime, grime and empty coffers, today’s generation is dealing with its own intense fears over the devastating effects of the coronavirus on communities and the economy.

“Does art dictate the times or do the times dictate art?” said John Matos, 58, a graffiti writer known as Crash who started out in the 1970s. “Before now, the streets were sanitized, with pieces that were cool and nice, and done with permission. Now, we’re back to the roots.”

In his day, tagging was a dangerous — and illegal — art done under cover of night as writers sprayed whole subway cars from top to bottom. To many New Yorkers, it was a hallmark of a city in decline, a view later reinforced by the “broken-windows” approach to policing. Many artists from that era made the shift to gallery exhibits or commercial murals in the mid-1980s, when the city began aggressively targeting what was largely considered vandalism. By 1989, the Metropolitan Transportation Authority had declared victory over graffiti (though in recent years some whole cars have been painted clandestinely, leading city officials to step up security).

In the following decades, street art — murals commissioned by landlords and businesses or done by collectives in gentrifying neighborhoods — became trendy as the city experienced an economic and population boom. And while graffiti never disappeared completely, in recent weeks it has become ever more visible citywide. The increase in graffiti is for many residents an unwelcome sign of the recent economic upheaval, especially for property owners who take on the Sisyphean task of trying to erase it all.

“It all begins and ends with angst,” said Mr. Matos, 58, the son of an evangelical preacher who grew up in the Mott Haven neighborhood of the Bronx. “Teenage angst is always going to be provoked. I always equate graffiti with music, like the way Stevie Wonder wrote political songs. What’s going on in the streets is a response to things.”

Today’s pieces are just as bold — and illegal — as those from four decades ago. Henry Chalfant, a co-producer of the 1983 graffiti documentary “Style Wars,” said it’s just part of the landscape for him. He noted that as subway graffiti declined, more artists took to the streets, where they painted without permission.

“It’s more just getting your name out there now,” said Mr. Chalfant, who published “Subway Art” with the photographer Martha Cooper. The book is a definitive archive of the ephemeral art. “Is that really different after the trains were over and the old kings stopped painting? People just went out and bombed. And they still are.”

The lockdown — especially when the M.T.A. announced reduced hours — echoed subway graffiti’s heyday some 40 years ago, when artists took advantage of snowstorms that left dozens of unattended trains parked overnight in tunnels. And while wearing a mask may have looked odd six months ago, no one has a second thought about it now, making it easier to paint despite the near-universal presence of surveillance cameras.

Concerns over the virus, as well as the death of George Floyd and others at the hands of the police, have been reflected in the pieces showing up around the city. But a lot of the new tags around town are, on their face, apolitical, though the mere act of writing on a wall is a political statement in itself.

“The whole thing with quarantine is that people feel powerless because daily life and activity is very different,” said Eric Felisbret, the author of “Graffiti New York,” who took up aerosol art as a teenager on the Lower East Side. “They can’t control anything. But they can get out there and bomb — that’s something they can control.”