The Australian Town That Turns Trash Into Christmas Trees 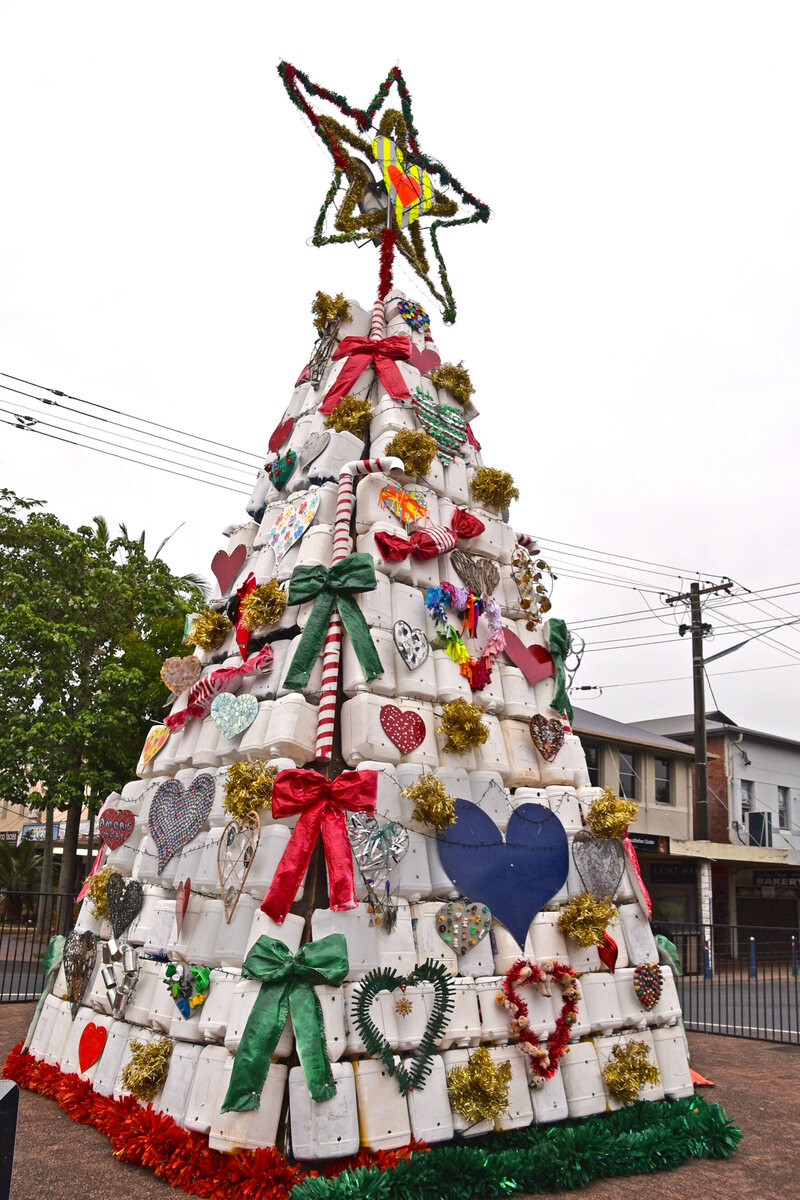 A great find from Atlas Obscura -

The traditional public Christmas tree in Lismore, the largest town in the northeast of Australia’s New South Wales, used to be pretty ho-ho-hum.

Before 2015, a Cook pine in the middle of a roundabout was dressed up each holiday season as a tannenbaum. But, like all Cook pines, the tree leans toward the equator, so the effect of decorating it was underwhelming. “Everyone said ‘Oh, that’s a bit sad, it can’t even stand straight,’” says Neil Marks, acting mayor of Lismore City Council.

The first tree—built under the cover of night out of a pile of bicycles—debuted in 2015 and ushered in a new tradition. In subsequent years, the tree has been made from used tires, old road signs, broken umbrellas, and potted plants combined with solar-powered lighting. Materials are sourced from the town’s junkyard, and various town staff take on design and construction.

Like most things in this unusual year, the 2020 tree was a little different. It was a group effort, since most staff worked from home due to COVID-19 restrictions. And the tree is an ode to resilience. “This year’s tree is a nod and a tribute to our rural community,” says Marks, who spoke to Atlas Obscura while he waited to see whether flood waters in town would recede and allow him to travel back to his workplace. “They’ve had a tough time. They’ve gone through fires, a drought, and now a little too much rain.” Local farmers have also suffered from indirect effects of COVID-19, including border closures, despite Lismore being one of the many regions of Australia that has had no active cases of the virus.

This year’s 23-foot tree is made from recycled 6.5-gallon drums that store chemicals for use on farms. The decorations are made from used animal feed bags, piping, and discarded metal.

Many in the community love the scrappy, garbage-inspired trees. “I’m very much in the ‘bah-humbug’ community but, despite my general pessimism, I have grown fond of our tree,” says Lismore resident Gray Wilson. 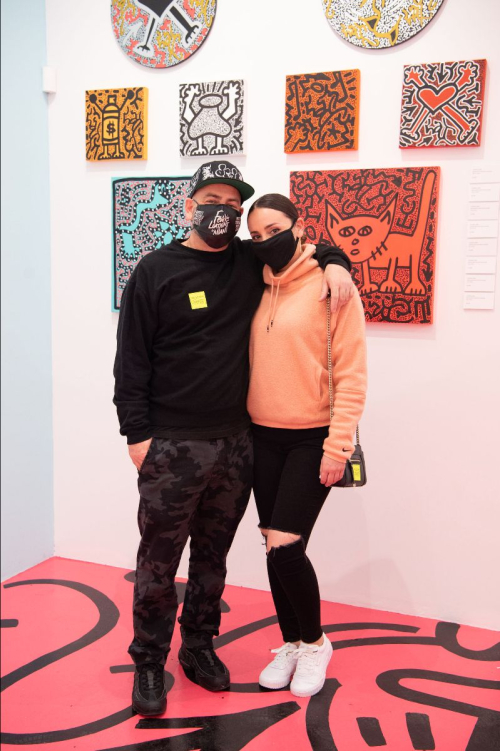 For the past three decades LA2 has applied spray paint and ink to canvas, clothing, and various found objects in his unwavering journey to push his personal graffiti pop style. Fluorescent colors rooted in his Puerto Rican heritage, bold lines and tags learned in the streets, and cartoons tributes to his friend and long-time collaborator Keith Haring, make each painting a sweet piece of candy for your eyes. The energy of the old NYC dance clubs, of the Avenues filled with cars blaring music, and the children who grew up on this street art culture are channeled onto each canvas that explodes with positive energy and life – a life of art, color and celebration. Email hey@museumofgraffiti.com to request a catalog of all available works for sale.

I had a show with LA2 and other artists at the Dorian Gray Gallery in NYC in 2010 and interviewed him at the opening event.