I have to admit that I am always hesitant to embrace graffiti-linked mainstream movies because I am concerned about too much mainstreaming. But this movie looks like it has promise. It certainly has the research to back it. Titled "What's Not To Love About Graffiti" the movie Gimme the Loot

was reviewed in the NYT. Indeed, what is not to love?

Over the past five years Adam Leon has gone from working for film festivals to being honored by them. After a stint on the payroll of the New York Film Festival he eventually took his love for film behind the camera, writing and directing a feature debut that got festival audiences buzzing and distributors calling. That movie is “Gimme the Loot,” about two young graffiti writers from the Bronx whose quest to tag the New York Mets home-run apple takes them on a lively adventure throughout New York City. It includes encounters with drug dealers, a little petty theft and walking shoeless through the city streets.

The film had its premiere at last year’s South by Southwest festival, where it won the narrative jury prize and was acquired by Sundance Selects. Then, like its neighborhood-hopping teenagers, the movie began popping up at festivals all over, including Cannes. It lands in theaters on Friday.

Mr. Leon spoke with Mekado Murphy in Austin, Tex., last year at South by Southwest, then again this month in New York, where Mr. Leon lives. These are excerpts from those conversations.

Q. What were some of your narrative goals for “Gimme the Loot”?

A. I wanted to do something about the joys of youth set in a grittier, urban environment. I was really interested in telling a story about kids who come from vivid lives and tough, working-class backgrounds but aren’t necessarily miserable people, though I never wanted to sell out their existence.

What inspired you to make your lead characters graffiti writers?

I grew up in the city. I had a lot friends who were graffiti writers, so I was aware of the culture to a degree. But then I co-wrote and co-directed a short film a few years ago, and we cast a couple of graffiti writers in it. And getting to know them, I found that they take it so seriously, and they are very passionate about it. I saw them as these real-life action heroes, where they’re climbing buildings, scaling walls and jumping rooftops. I thought that would be a great jumping-off point for a fun adventure.

How did you aim to portray the graffiti world accurately?

We brought on this guy called SP1, who’s kind of a legendary graffiti writer from the ’80s, and he was our adviser. We did graffiti class for months, where we would learn to write and learn about the culture, the history and the language, so we could turn our cast into writers. It was absolutely essential to us to be as authentic and real as possible, because movies have treated graffiti very poorly.

Many of the locations aren’t the ones we usually see in New York movies, like bodegas in the Bronx.

We wanted to do hits, B-sides and rarities, in terms of New York. We do have a scene in Washington Square Park and certain iconic shots. But we really wanted to show a New York that was a bit unexplored.

How did working at film festivals help you make your own movie?

I got to know a lot of people who really care about movies and work with movies, from filmmakers to programmers to sales agents to distributors. You get to see behind the scenes of how the machine operates if you ever have a product for that machine. I highly recommend it to people trying to make a small independent film.

What was it like taking your movie to Cannes?

It was sort of beyond our dreams to go there. Because the movie is basically a comedy, and it’s light in tone, we never expected that to happen. We went into that experience saying: “We’re really blessed to have this opportunity. Let’s make the best of it and have a fun time.”

NuArt is a festival of street art. Although based in Norway, it boasts artists from all over the world. It is an event that should notbe missed - street art walking tours, movies like Exit Through the Gift Shop

, galleries, performances. Oh I wish I was in Norway! Here is a video to tantalize you....

NUART FESTIVAL 2012. "OUT OF THE DARKNESS" from NUART on Vimeo. 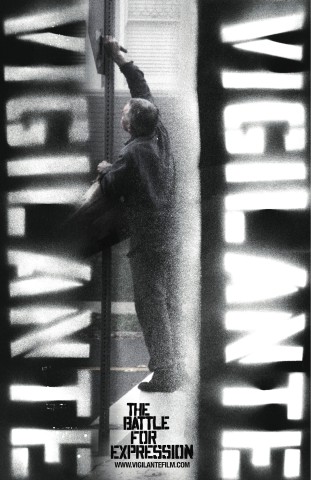