Art During the Coronavirus

I post this email from Artnet which offers several interesting posts on how artists are adapting creatively during the pandemic. 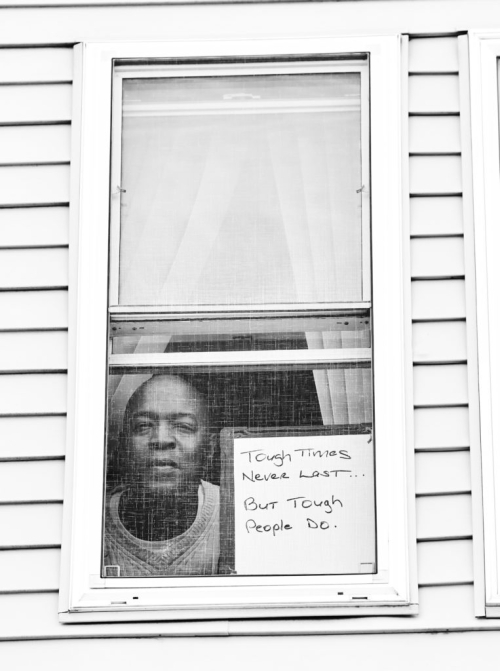 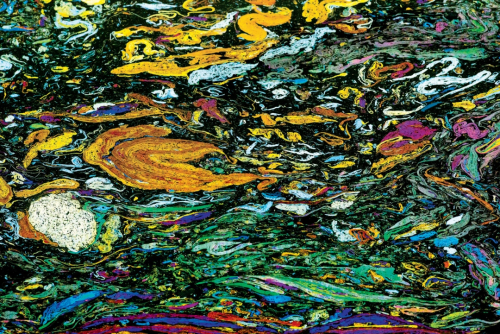 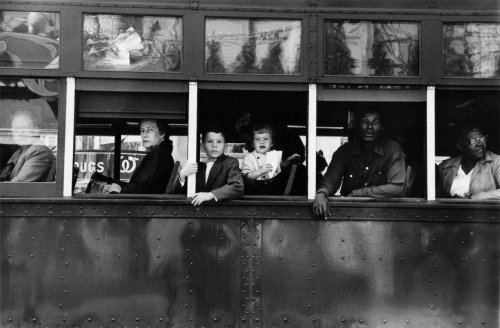 An interesting article in the Art Law Journal discusses the legality of street photography. The full article can be read here.

Since the birth of street photography, there has been a clash between the photographers prowling the streets trying to capture the lives of ordinary people to turn them into works of art, and the subjects of those photos who feel violated by the unauthorized use of their likeness.  In fact, the development of right to privacy laws began over fears that “yellow journalists” might abuse the newly developed handheld camera for sensationalist news reports. From the street photographers’ perspective, privacy should not inhibit their freedom of expression.  From the legal perspective then, street photography is about balancing a photographer’s First Amendment freedom of expression against a person’s right to privacy.  To complicate matters further, there are several other legal doctrines that impact the outcome of the expression vs. privacy battle, such as national security, trespassing, harassment, or even governmental regulations.

The result of these conflicting elements is confusion among street photographers and the general public regarding what is permissible under the law. There is even more disparity on the ethics of publishing photos of strangers without their consent.  Yet, street photographers need some guidance.  While it may be effective to download a reference to carry around, containing a synopsis of your right regarding street photography such as in The Photographer’s Rights by attorney Bert P. Krages II, (which I encourage you to download and put into your camera bag), it also helps to understand the underlying reasoning behind these laws so you can should be able to tease out potential outcomes of your actions, without wasting time referring to a rule book.

As a photographer and Patent Attorney with a background in marketing, Steve has a unique perspective on art and law. Should you have any questions on Intellectual Property contact him at steve@orangenius.com. His photography can be seen online at Fotofilosophy.com or on display at the Emmanuel Fremin Gallery in New York City.

This video needs little introduction except to say that his work captures an immediacy and an essense that really helps explain the power of photography.

One Little Hammer: Randy Olson from Blue Chalk on Vimeo.

Some call this mezmerizing, I call it a grand gesture to subway travel. This is truly Urban Montage.

Adam Magyar’s Stainless project is actually a collection of “slow-motion videos” that create a living tableau. Stainless was originally shot as a series of stills depicting the always moving, urban circulation occurring in underground subway tunnels. Shot with a high-speed camera, the images were all high resolution, with enough detail to make out even the most subtle facial expressions of train passengers.

Magyar describes the project in his own words:

“An endless row of living sculptures brought together by the same subway line, the same direction, the same intention of taking the train to get caught and carried away by the urban flow. All their motions slowed down, they are graceful and stainless holding their breath waiting for their train to pull into the station.”

Here is the NYC subway:

Here is the Tokyo subway:

Here is the Berlin subway:

The amazing thing is that Magyar himself developed both the software and hardware that he used in shooting the videos. You can see all of Magyar’s work — both still and video — on his official website.

I post this without comment... only to say that while the photography is brilliant, the situation is horrible.

Once known for its pristine beaches, Untung Jawa Island, just an hour ride from Jakarta, is now known as ‘trash island’ with hundreds of tons of plastic, styrofoam, and the occasional dead body washing ashore, according to The Asia Sentinel. Indonesia is a paradise for surfers that travel to remote islands to surf perfect waves but the idilic scenario you’d expect is ruined here with the repulsive debris floating around like the native fauna.

Hawaiian based surf photographer Zak Noyle captured in stunning shots of how the ocean swell brought massive surges of trash when he was shooting Indonesian surfer Dede Surinaya in a remote bay near Java. 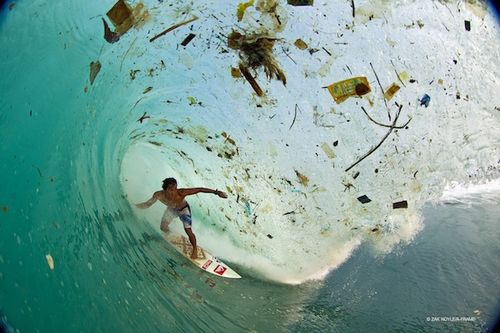 What Is Street Photography? 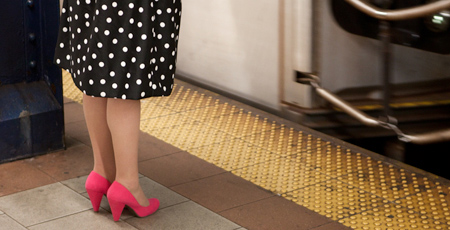 that will, we promise, up your game. All the images in today's MUG are his work. The one above is called Polka Dots and Pink Shoes, 2012.

By James Maher
There's a good chance that you've heard about street photography over the last few years. Maybe it's been through Joe Holmes' work shown daily on MUG, maybe you've heard about Street Shots, the new exhibit at the South Street Seaport, or maybe you've even come across some sneaky fellow trying to take your photo in public.

Well, today you're in luck, because we're going to talk about what street photography is and some tips on how to do it. And maybe you'll feel better about that sneaky fellow the next time he tries to take your photo. Or maybe not.

1. What is street photography and what is the point of it?
Street photography is a clunky term that is often thought to mean the practice of photographing strangers candidly on the street. However, I prefer to think of it as a visual way of a describing what life is like in the areas that we live and in our time. For instance, the aim of street photography is not necessarily to show what New York City looks like, although that is part of it, but to portray what living in New York feels like, what its residents and visitors are like, and what its culture and atmosphere is like. It is a pictorial study of the human condition.

To get a better understanding of the long term significance of street photography, it is important to take a look at work from the past and see what it means to us today. Some of my favorite street photographers that have done a significant portion of their life's work in New York are Garry Winogrand, Bruce Davidson, Matt Weber, Lee Friedlander, and Joel Meyerowitz, among others. Take a look at the work of these photographers for inspiration and also pay attention to how their photographs have aged. It can help to think of photography as if it is a fine wine that matures as it ages and as the elements and culture in the images become dated. New Yorkers live in one of the most rapidly changing cities in the world and it is important to pay attention to that. The only constant here is that things will change, so try to figure out what those things are.

Click here to read the restof the article and see step by step how to create great street photography. 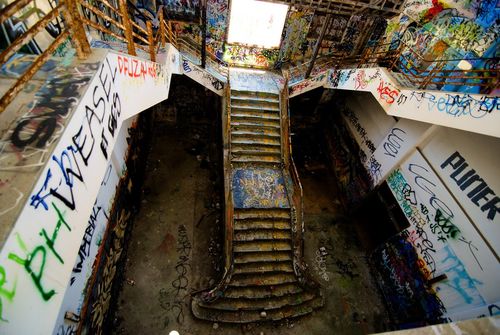 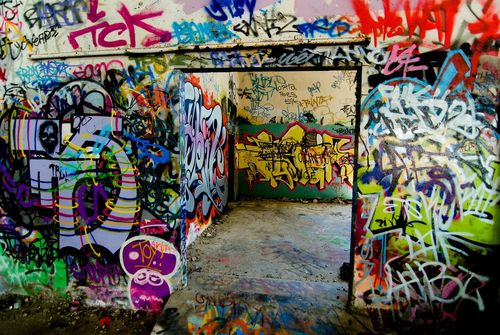 Check out this fascinating blog about abandoned properties worldwide. I was drawn to this abandoned Australian power station. Here is the beginning of the post. Finished reading it on the blog itself.

Construction of the spectacular building commenced in January 1946. By the 1980′s, after just 34 years of service, it was left rotting on the coast of the beautiful Indian Ocean. Much of the Power Station internals were designed and manufactured in England, with skilled contractors sent out from England to assemble the plant on site. These days, the only visitors are intrepid urban explorers, talented graffiti artists, and a few curiously brave locals. The seaside location of this abandoned building has lead to some seriously stunning patina. One of the reasons for choosing this buildings location was the ease with which seawater could be utilised for the cooling system. Now, the saltwater spray contained within the daily Indian Ocean winds are speeding up the incredible rate of beautiful decay.  On this abandoned journey adventure, it was myself, Dr Hank Snaffler Jr, accompanied by my trusty colleague, Nurse Jane. We had to be careful on this one, things could get nasty......

So many of us have highly sophisticated and expensive cameras but there is a lot you can do with a simple smartphone camera. In fact, it has spurred a movement. According to the Guardian, your mobile phone may be your best camera because you always have it with you. And the quality of the shots are pretty good. I love the spontaneity of the idea and am inclined to agree about its value.

And, as the Guardian says, there are so many great apps to make a dull photo fabulous:

But, for many, the initial snap is just the start. It's the raw material for a new creative process. Most mobile phone cameras take very dull photos. But it doesn't matter, because there are hundreds of apps to help you turn them into something amazing. And that's what's really at the heart of it. Costing pennies, mobile photography apps give you the creative power of Photoshop, and more besides, without being tied to your desk. This makes mobile photography incredibly liberating for the creative photographic spirit. Suddenly, every free moment is an opportunity to both take and craft images. These apps have accelerated the creative process, as well as allowing you, quite simply, to be more creative, more of the time, for less money. 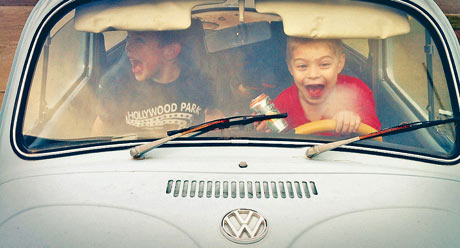 I say, snap away and just enjoy all the results however you decide to apply them!