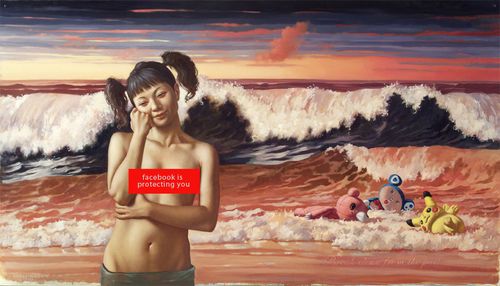 John Wellington just emailed me with an update to his Facebook censorship issue. It has been picked up by the New York Times. According to the NYT, Facebook said that it made a mistake taking down images that were clearly art. John is quoted here in this short excerpt-

But a number of other figurative artists say they too have had their work removed by Facebook, and in some cases had their accounts blocked. They say they feel that Facebook is taking aim at their work and accuse it of censorship.

“It seems like they have really gone after artists,” said John Wellington, an artist in New York who is a graduate of the academy. “The images they are taking down are clearly paintings.” After one of his paintings was taken down recently, Mr. Wellington said he deleted from Facebook all the images that he had uploaded that showed a nipple, for fear that his account would be disabled.