History of the Tarot

Madam Lichtenstein's Cosmic World blog has a great post on the History of the Tarot.

And there are more tarot articles coming up on that blog which is part of The Starry Eye blog community.

Tags: History of the Tarot

You know it's coming...the memo about the office Holiday Party and everyone bring a gift...don't spend more than $20.  PUH-LEEZE...there are members of my own family who I don't spend that much on, let alone some person with whom I work and barley know.  Or you find yourself going as a guest to a holiday party  at the home of someone you "are acquainted with"and you have to bring "a little something" for the blind gift exchange.  Well...in these economic times when the cost of everything matters here are a few inexpensive gifties that you will not mind giving because you wouldn't mind getting them!

The first is this Aromatherapy candle.  It burns for 24 hours and at only $7.45 you could pick up a few (there are other scents besides Lavender) to have on hand for that unexpected need for an extra gift.

I have another candle for you as well.  This one is a soy based candle and is also a steal for $4.09.  I have used this company's candles before, they burn very clean and smell fantastic! (I ordered 3!!!)

This book is a must have for the new year for ALL OF US: Spiritual Cleansing: Handbook of Psychic Protection. Inside there are all sorts of ways to rid your home, office and car of negativity.  This is a great buy at $10.36!

I will have more gift ideas as the time draws closer to Yule.  If you would like to have a reading with me in person I will be at the Olive Hookah Lounge this Friday & Saturday Night!  If you need more information please FB me or email me!  Blessed Be!

Now reading at the Olive Hookah Lounge on Sunset Rd. in Henderson!!!

Blessed be everyone!  I hope that a bountiful Thanksgiving was had by all.  I just wanted to announce that I will be the Tarot Card Reader in "residence" at the Olive Hookah Lounge in Henderson, NV every Friday & Saturday night from 9-ish to 1-ish.  The Olive is located at 3850 E. Sunset Rd at Annie Oakley (behind the Panda Express).  For more information please do not hesitate to call the Olive at: 702-331-8525.  Please come in and visit!  The food is excellent, the hookah is awesome and the atomsphere has an amazing energy.  I look forward to seeing you there! 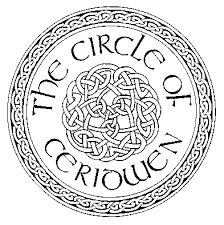 I just wanted to let all of youknow that I will be the Tarot Reader in residence at The Olive Hookah Lounge in Green Valley (Sunset and Annie Oakley, behind the Panda Express) every Friday & Saturday night begining on November 4. For all of you here in the Vegas area please stop by! The food is fantastic, the energy amazing and the hookah speaks for itself! I hope to see you there!

Okay...I couldn't resist!  I was perusing Amazon for gifts for friends and family and there were a few things that I came across that if they are not on your wish-list then they should be.

The first is the Kindle Wireless Reading Device (6" Display, Global Wireless, Latest Generation).  This nifty little device can hold up to 1500 books and it has a built in PDF reader.  This particular model is 3G wireless and it has the ability to down load entire books from anywhere on the globe in 60 seconds!  This is on my wish list!!!!

I know that I have mentioned this deck in other blogs...and here I am suggesting it again!  The Universal Waite Tarot Deck and Book Set is perfect if you are a novice reader just starting out or you, like me, are a collector of Tarot decks in general (as well as being a reader!) this deck is perfect.  Based on the classic Rider-Waite Deck, the Universal deck is more vibrant in color and it's pictures jump right out at you.  The Universal deck & book set make a great stocking stuffer!

I also found (and subsequently ordered!) this Sterling Silver "Slainte" Celtic Black Cord Bracelet.  The sterling silver Charm has the Celtic toast "Slainte" (pronounced SLAH-SH-AH)on black cording.  I am going to wrap the bracelet in this Purple Celtic Cross Travel Jewelry Case that I also found.  It will definitely be a memorable Yule Holiday with these items under the tree.

As I find more nifty Pagan, Celtic, Wiccan gifties i will post them here with links to where I found them!

REMEMBER TO BOOK YOUR HOLIDAY TAROT PARTY OF PERSONAL READING!!!  LET'S SEE WHAT THE NEW YEAR WILL BRING YOU!!! BLESSED BE!

Tarot, Divination, and Candle gift ideas for the Holidays!

Coming in the weeks ahead: I will giving "nifty-gifty" suggestions for those in your life who are interested in Tarot, Candles, and divination...

The first book that I would like to sugest is Candle Therapy: The Magical Guide to Life Enhancement by Catherine Riggs-Bergesen.  This book is a treasure trove of Candle Magick spells and she gives detailed explanation for each spell with regard to candle color, timing, incense and oils to use and glitter colors.  You or the person you are gifting to will not be dissapointed with this choice.  Mine is dog-eared and is saturated with oils, incense, glitter and candle wax.  If you are into divination and Candle Magick this book is a must have for your magickal Library

FRIDAY THE THIRTEENTH!!! An auspicious day!

We have all seen it...people getting nervous and actually frightened of this day.  Actually one should look upon Friday the Thirteenth as a day of GOOD luck and not bad!  Pagans and Wiccans alike look to the number 13 as a good omen. A coven will have 13 members, a baker's dozen is 13, and the 13th card in the Tarot is Death which means great changes are about to occur, perhaps a raise, or a new job.  Maybe a baby is on the way or nuptials upon the horizon.  Do not despair and fear this day but EMBRACE IT!!

Blessed be one and all on this auspicious day...Good tiding to everyone!

Blessed be everyone!  The Wheel is quickly turning to Yule and the death & re-birth of the Sun God is upon us.  This is a great opportunity to see what the cards have in store for the coming year.  Did you know that there will be a full moon on this New Year's Eve (more on this as the time draws closer)?  What does this mean for you?  I am available for parties and in-person reading in the Las Vegas area, as well as one line and via email as well.  Please contact me at ceridwynscircle@yahoo.com to book your party or reading.

Next blog: The Wheel from the Major Arcana

For more on the Sabbats of the Witch's Year check out Sabbats: A Witch's Approach to Living the Old Ways by Edain Mcoy.

Tarot de Muerto: Tarot of the Dead.  This deck is based on the Mexican holiday Day of the Dead.  Every November 2nd Mexicans honor those who have passed on.  That is the theme of this deck.  The artist, Monica Knighton first created this deck in the mid 1990’s.  It is her take on the classic Rider-Waite deck, but her beautiful water color drawings are whimsical and filled with detail.  All of her depictions are skeletons; with the exception of Major Arcana card #13 – Death.  Death is depicted as a beautiful, robust and very much alive pregnant woman.  This is the antithesis of most Tarot decks, though the meaning is the same: Change.  She has also taken the four suits and altered them as well.  Instead of Swords there are Pistols, Cups are shown as Coffins, Wands are Pens and Pentacles are Film Reels.  I love this deck because it is so different and, I feel, not quite as rigid as the “classic” Tarot decks out there.  The feel of this deck, while complex, is easy going.  The first card in the Major Arcana, The Fool, is happy go lucky skeleton meandering down the road into the unknown.  Every time I look at this card I think of “Truckin’” and “Goin’ Down the Road” by the Grateful Dead.  The Fool represents the journey of “Every Man”.  The openings of lines of “Truckin’” are:

“Truckin’, got my chips cashed in.

Truckin’, more or less in line,

All of us are “everyman”, living our lives, taking what comes and we just keep truckin’ on, and eventually we would like to end up in a place “where the climate suits our clothes”.  While an alternative to other decks Tarot de Muerto should not be taken lightly: though the cards are more whimsical in appearance the messages it gives are still important and should not be ignored.  Ms. Knighton beautifully and whimsically weaves in the rituals and traditions of this Latino holiday through out this deck with out compromising or losing the messages that the cards have to give.

This is not a deck for the Novice reader.  It is a great addition for those of you who (like me) enjoy collecting Tarot decks of all sorts.  Unfortunately Ms. Knighton no longer manufactures the deck herself.  It is now printed through Llewellyn and is available through Amazon.com.

If you wish to view this deck and purchase it through Amazon .com click here:

Tarot of the Dead