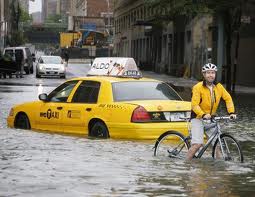 For some reason the National Weather Service office for New York has chosen to ignore the fact that 1983's total of 80.56" was invalidated after it was discovered that, beginning in May, Central Park's rain gauge was broken.  According to Alan Rezek, chief of the Eastern Division's office back then, a faulty weld had been allowing extra water to seep in to be measured in addition to rain entering the gauge's calibrated opening.  Although he said New York's rainfall would be adjusted I've never come across a revised figure.  (The Local Climatological Data Reports for New York City leave the months of 1983 blank for precipitation and indicates the reason for the omission.) 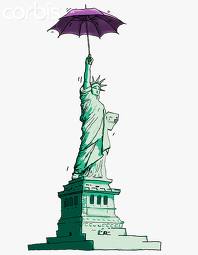 So, congratulations 2011, the record is yours!  (And 1983 is more like the Barry Bonds of rainfall records.)

After reading your post, I searched for information about this in the "New York Times." On 31 December 1983, it printed an article

explaining that the rain gauge at Belvedere Castle was being investigated because the precipitation measurements there were much higher than those at surrounding weather stations. When I informed the meteorologist Charles J. Fisk about this, he investigated the record. He learned that in 1984, the Eastern Region Office of the National Weather Service invalidated the daily precipitation totals in Central Park for all of 1983. Consequently, he is now also reporting that 2011 is the wettest year on record on his website.