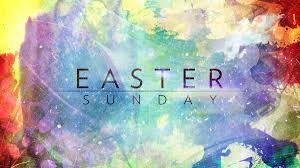 Because Easter can fall as early as March 22 and as late as April 25, weather conditions can vary greatly from year to year, so it's somewhat meaningless to talk about what the average conditions are.  Temperatures have ranged from 12° to 96°, and four Easters have had accumulating snow.  A number of Easters have been colder than Christmas Day.  Since 1870, Easter mornings with a low of 32° or colder have occurred in 18 years, with the last time being in 2008.  Afternoon highs of 75° or warmer have been recorded 16 times, the most recent being in 2017 (when the high reached 87°).

Many spent Easter Sunday digging out from a 10-inch snowstorm that buried the City yesterday.  However, by afternoon temperatures rose into the low 50s, twenty degrees warmer than yesterday, greatly promoting melting.  And skies were mostly sunny.

The day dawned bitterly cold, with a reading of 12° at 6 AM, making this, easily, the coldest reading of any Easter Sunday (and the coldest reading on record for the month of April).  Winds gusting to 25 mph produced wind chills around -5°.  The afternoon high "recovered" to 36°.  (Three days later the high would reach 70°.)

With a high/low of 31°/17°, this is the only Easter Sunday to be completely below freezing.  This came just three years after a high/low of 35°/28° on Easter.

Today's high of 79°, a record for the date (which still stands), made this the warmest Easter Sunday since 1887, when the high also reached 79°.

2.19" of rain fell today, making it the rainiest Easter Sunday.  Most of the rain fell between 9 AM and 4 PM.

Rain that began before sunrise changed to sleet and snow after 10 AM.  When it ended late in the afternoon, four inches had piled up - a record amount for an Easter Sunday.  And it was the only snow to fall in March.  (I was growing up in Pittsburgh at the time and we, too, had four inches of snow but it fell around daybreak.  It prevented us from going to Easter Mass.)  This is the last time accumulating snow fell on the holiday.

Under clear skies temperatures sizzled, and were more appropriate for frying eggs on the sidewalk rather than dying them, as the high soared to 96°.  This was 35 degrees above average and the hottest temperature ever reported in April (later tied in 2002).

It was a miserable, raw day as rain fell between 9 AM-3 PM (0.62" was measured) and afternoon temperatures were only in the mid-30s.

Although the temperature was 11 degrees cooler than yesterday, it was still a beauty of a day, with a high of 68°  (six degrees above average) under partly cloudy skies.

Close to two inches of rain fell during the morning, making this the second wettest Easter on record (the rainiest was 25 years earlier).  Besides the rain it was also quite chilly, with a high of only 46°.

Although Easter fell early this year, it was the warmest since 1976 as the high hit 78°, twenty-four degrees above average.

Although 1.47" of rain fell, it was over by 8 AM so the "Easter Parade" along 5th Avenue wasn't washed out.

This was the fourth year in a row in which some rain fell on Easter.  This year showers fell between 5-8 AM and again in the evening, totaling 0.28".

With a high of only 41° after a frosty low of 30°, this was the coldest Easter Sunday since 1940 (based on mean temperature). 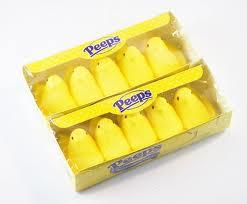 For the second year in a row Easter dawned with a frosty low of 30° (but Easter came 17 days earlier this year).  This was the first back-to-back Easters with sub-freezing lows since the Easter Sundays of 1950 and 1951.

Sunny and pleasant with a high of 67°, nine degrees above average.

Despite starting out overcast, it turned into a beautiful Easter Sunday as skies cleared late in the morning and the temperature rose to 65°.   The air was also quite dry, with the relative humidity falling to 23% late in the afternoon.

Hi Rob:
I read your weather blog and enjoy it, as I share your interest in NYC weather history and obscure, and not so obscure, weather trivia. Not to be picky, and I'm sure it was just an unfortunate typo, but Easter Sunday 1957 fell on April 21st not the 24th, as posted -- a fact which has probably already been pointed out to you.
In any event, thanks for all your info. As a native New Yorker who recalls a cooler overall pattern which existed in the 1960s, and was particularly marked by a series of brisk, refreshing autumns -- as opposed to the extended summers which now prevail -- I hope not solely for reasons of aesthetic preference but for the good of humankind that global warming/climate change can be reversed (without, of course bringing on another ice age).

Thanks for your message. It turns out that you were the first to bring this error to my attention - thanks very much for pointing it out (the temperature information, however, does reflect the correct date).

The 1970 Easter snowstorm was memorable in my family as my sister was born 8 days earlier and due to some minor complications my mother and her had stayed in the hospital and this was the day they were released, providing a memorable ride home.....

I have many good memories of Easter. One noteworthy Easter that you missed on this list was April 4, 2010 (high of 76). This was the first of five days in a row with summer-like temperatures (76, 75, 78, 92, 80), quite more typical of a pattern in late May. I am sitting outside exactly eleven years later on a seasonable day by comparison. This is a great site; keep up the good work.