A week-long warm spell had temperatures that averaged 12 degrees warmer than average.  However, today's high of 79° would turn out to be the mildest reading of the month - not very warm for that distinction.  In fact, the last time the warmest reading in May was this "cool" was more than 30 years ago.  (It would happen again in 2003 and 2005.)

With a high of 90°, today was the third day in a row with a record high.  (And tomorrow would be the fourth in a row, when the high reached 92°, the hottest of the four days).

An overnight thunderstorm dumped 0.43" of rain between 1-2 AM. 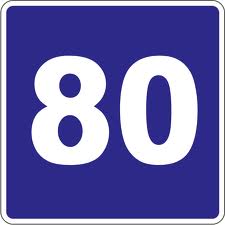 And to think that in April of this year we had only three days with highs of 70 or warmer - the fewest since 2000.

Hi Rob. Not a noteworthy weather event, but I should mention that the weather on May 3, 1981 was absolutely perfect. Clear skies, low humidity, Temps in the low 70's as I recall.

Oh, also, I got married that day. Today's my 40th Wedding Anniversary.