Rain and gusty winds from the remnants of Hurricane Agnes moved through the area, mostly between 7 AM and 7 PM.  By the standards of tropical systems, rainfall wasn't particularly heavy as just 1.19" was measured.  This paled in comparison to the catastrophic 8-12 inches that Agnes dumped on parts of New York state and Pennsylvania.  Although the main thrust of the storm was today, persistent wraparound rain would fall tomorrow and on the morning of June 25, delivering an additional 1.39". 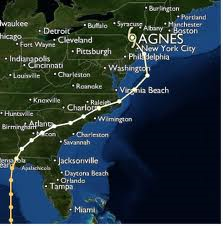 Between May 21 and today 12.83" of rain was measured, falling on twenty-two of the thirty-three days.  (Typically, eleven days would have rain in a 33-day period.) 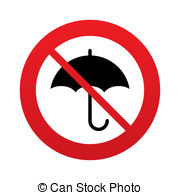 Today's high of 90° was the first reading of 90+ this year.  And although it was about four weeks later than the average date of the first 90, it came a week earlier than last year.  Skies were partly cloudy, and it was on the humid side.

It was an overcast, cool and somewhat damp day (some sprinkles, mist, and fog from mid-afternoon onward).  Temperatures were stuck in the 60s, with a high/low of 67°/62; the high was 15 degrees cooler than average, but the low was just 5 degrees under.  This was the only day this month with a high in the 60s, and the first since another high of 67° occurred on 5/24.

also in 2003, from a temperature perspective, today's high of 67° was the fifth day of the past six not to reach 70°, as well as the eleventh, and final, such day this month. this was the second most number of such days in June on record behind sixteen such days in June of 1903 (and tomorrow's high temperature would be twenty-one degrees warmer!).

When is the average day of the first 90 in NYC?