Today in New York Weather History: July 23
Days With Significantly Above or Below Average Temperatures in New York City There were just three days of measurable rain in July, and today was the third day, which accounted for most of the month's rain as afternoon thunderstorms dumped 2.02", most of which fell between 1:30 and 2:30.  At the time this was a record for the date (later broken in 1997).

Today's high was a refreshing 76°, the only day this month that didn't have a high of 80° or warmer.  A typical July has six days with afternoon highs cooler than 80° .

The remnants of tropical storm Danny dumped 3.75" of rain, the rainiest 24-hour period on record for the month of July.  (Rain that fell after midnight brought the storm's total rainfall to 4.62".)  Rain was heaviest between 8:21-9:21PM when 0.94" fell.  With winds out of the east-northeast it was also a very cool day; the high/low of 68°/58° was fifteen degrees below average.

Today's high was a record 97°, and the heat index reached 105°.  Late in the afternoon I went to a baseball game on Staten Island to see the farm teams of the Mets (the Brooklyn Cyclones) and Yankees play, and I was drenched in sweat before the game even began.  There was no breeze to speak of.  Even at 11 PM the temperature was a sweltering 88°. 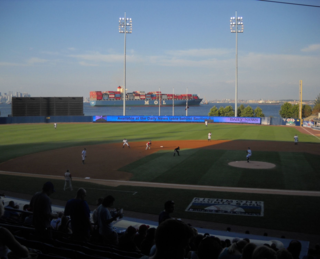 Due to widespread closures caused by the COVID-19 pandemic, the Mets didn't play their home opener until today.  And although this game was played in mid-summer, it didn't have the warmest reading of any home opener.  Under mostly cloudy skies, the temperature during the game was in the the upper 70s (average high is 84°), which was cooler than home openers in 1977 (90°), 1991 (90°) and 1998 (86°); however, it was on the humid side, with dew points hovering around 70°.  As for the game, the Mets beat Atlanta, 1-0.