In the midst of a five-day heat wave, today's high of 104° was, at the time, the hottest reading on record (later topped during the summer of 1936).  This was the only day of the heat wave to have a high in triple digits.

In the midst of a five-day heat wave, today's high reached 99°, and the heat index approached 110°.

Every day in the first week of August had temperatures in the 90s (today's high was 93°).  The average high/low during these days was 96°/75°, ten degrees above average.  The heat wave came to an end this evening, when thunderstorms from mid-afternoon onward dropped nearly an inch of rain. 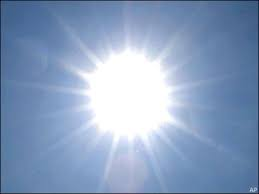 Five days after the hottest temperature of the year (98°), today's high was a chilly 64° under overcast skies.  This was 20 degrees below average - and more typical of a day in late April or the middle of October.

Like yesterday, when 1.90" of rain fell overnight, another rainstorm in the wee hours dumped 1.70" (between midnight thru 5 AM today).

For the second morning in a row, the low was a chilly 57°, a record for the date, and twelve degrees cooler than what's typical for early August.

Today was the sixteenth day in a row in which the high temperature was 87° or higher.  (Only an eighteen-day streak in the summer of 1988 is longer.)  Twelve of the days had temperatures in the 90s, including eleven in a row between July 23-Aug. 2.  For the entire stretch of days, the average high was 92°, seven degrees hotter than average. 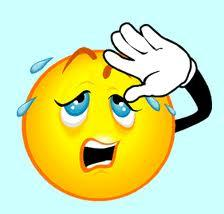 The day was blistering hot as the afternoon temperature soared to 99°.  This happened to be the day the ad agency I worked for at the time, Foote Cone & Belding, held a summer picnic in Central Park.  Most of us spent the time seeking shade.

1.19" of rain fell between 9 PM and 3 AM.  Not only was it the eighth day in a row with some rain, but the first time in ten years that it rained on this date.

An interesting footnote about that 1955 Heat Wave. Massive traffic jams developed on the Belt Parkway in Brooklyn and Queens. This was one of the hottest stretches of weather in NYC since the Parkway was built in the 1940's, and the pavement on several overpasses buckled due to the extended heat. Those "expansion joints" that are now so common on highway overpasses were developed in part due to that heat wave.

There used to be an article about this on one of the NYC Roads websites but it doesn't appear to be online any more.

That's a great story, Ken, thanks for bringing it to readers' attention. Besides that particular week, the months of July and August 1955 were exceptionally hot and are still ranked among the 10 hottest of their respective months. In fact, July 1955 was the hottest of any month until July 1999. (It's now ranked third hottest after July 2010 also passed it.)

RE: the entry for 2020. I’m not complaining at all cause 2020 now shares the distinction with 1908 in terms of having the longest streak on record with lows of 69° or warmer (33 days). this year’s streak began on the day after Independence Day while 1908’s streak began two weeks later. 1980 also had a streak of this kind that lasted for 32 days, encompassing the entire second half of July and the entire first half of August.

I was very surprised when the temperature got down to 66 yesterday morning. What is the record for the most 70 plus degree lows in a season? And when was earliest and latest date of a 70 degree low on record?