Today's high was a sizzling 94°.  This was the latest reading in the 90s in six years.

It was a warm and sticky day (the dew point rose into the low 70s), the warmest day of the month (high/low of 86°/68°), but then a passing cold front produced thunderstorms in the late afternoon and evening.  The evening thunderstorm dumped 0.57" of rain between 8:15-8:45 PM.  Skies cleared afterward, setting the stage for a beautiful day tomorrow. 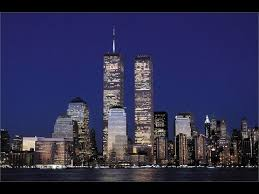 A couple of showers at daybreak and during lunchtime, amounting to 0.13", broke a streak of nineteen rain-free days.

Clouds and showers throughout the day prevented the temperature from reaching 80° for the first time since July 9 - a record streak of 62 days.  (The official high was 79°, which occurred just after midnight.)  Although today's afternoon temperatures were in the mid-70s, a dew point around 70° gave the air a heavy, tropical feel.  Today's rainfall amounted to 1.53", which was a record for the date.