The strongest hurricane of the season brought heavy rain when it crossed over the eastern end of Long Island.  There were two periods of heavy rain, the first between 6-10 AM, when 1.23" fell, and then much heavier rain fell from 5-11 PM, when 3.26" poured down.  (An additional  0.37" fell at other times during the day, bringing the day's total rainfall to 4.86", a record for the date.)  During the early evening winds gusted between 45-50 mph. 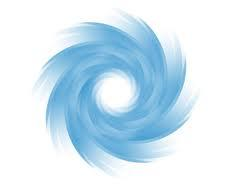 Today was the end of a five-day stretch in which the temperature averaged 12 degrees above average (high/low of 89°/75°) - including three days in the 90s (hottest reading was 94°.

Heavy rains from tropical storm Frances (amounting to 3.77") flooded the area shortly before morning rush hour (most fell between 5-8 AM, with 1.76" falling between 6-7 AM).  Frances' effects were felt here three days after it made landfall as a slow-moving category 2 hurricane along Florida's east coast. 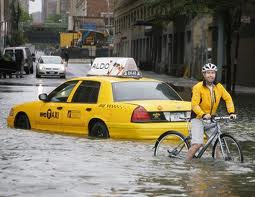 Today continued a pattern of severe thunderstorms that dissipated once they moved over Manhattan.  Today's storm arrived between 6:30-7 PM and was the ninth since June 22 to bear down on the City only to weaken once it crossed the Hudson River (however, many suburbs and some of NYC's boroughs were hit hard).  One exception was the thunderstorm that struck on July 18 (1.76" fell), which was also the hottest day of the year (100°). 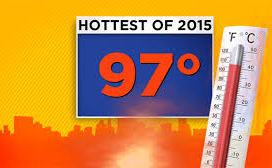 Interestingly, the National Weather Service has reviewed this and now claims that the low temperature on Sept. 8, 1871 was 52 degrees. They have "thrown out" this 6 way tie and made it the updated record for the date.

Very interesting. Was this a recent announcement? I see that one of my NWS sources is still using 54 degrees as the record temperature.

I just realized that I never responded to your response from two years ago. This site lists the record low as 52 in 1871:

If you go to this site and then set it to Central Park and September 1871 it also shows the Sept. 8 low to now be 52.

Hi Harry, I've deleted the reference that the record low was 54. Thanks for pointing this out.