After a high of 89° at 3 PM, the warmest reading of the month (and a record until 1970), the temperature fell steadily (especially after 8 PM) until it bottomed out at 52° by daybreak the next day.

This was the third day in a row with a low of 66°, and it followed three days in a row with lows of 67°.  This compares to average lows this time of year in the upper 50s.  (High temperatures for these six days, however, were all different.)

Between Aug. 28 and today, only two days had above average mean temperatures.  This four-week period was nearly five degrees cooler than normal.  Today was seven degrees below average, with a high/low of 62°/55°.

Three days after the mercury soared to a sizzling 94°, today's high temperature was a chilly 62°, eleven degrees below average.

Although 1.97" of rain fell today, conditions were dry during the daylight hours.  Today's rain accounted for more than half of the month's 3.71" total.  It was also the first rain on this date in 11 years.

Today, with a high/low of 89°/67°, and the previous three days, averaged 11 degrees warmer than the norm.  This was also the twelfth day this year with a high of 89°, the most on record.

Close to two inches of rain fell today (1.95", to be exact), starting shortly before daybreak and continuing thru early evening.  Nearly half of it poured down in the early afternoon between 1:00 and 2:00.  Today's rain pushed September's rainfall over five inches, making it the sixth month this year with more than five inches of precipitation, joining 1998 as the only two years in which this occurred (between January thru September). 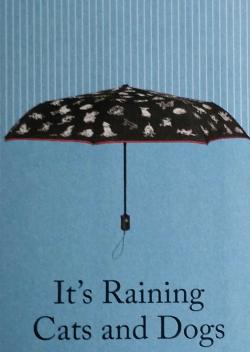 For the past week a strong high pressure system was anchored over the Northeast, bringing fair skies, low humidity, and the coolest temperatures of the month.  It was also responsible for keeping the remnants of two hurricanes (Sally and Beta) south of the area.

After nice conditions during the daylight hours, 1.11" of rain poured down during a thunderstorm late in the day, mostly between 9:30-10:30 PM.  (Ironically, 9/25 is one of the calendar dates least likely to see measurable rain.)  The intensity of the rain was nearly identical to a torrential downpour on 7/16 when 1.10" fell in a 45-minute period during the afternoon.  Meanwhile, amounts were higher west of the City (1.44" at Newark Liberty Airport) and less to the east (0.78" at LaGuardia, 0.28" at JFK).