Clear skies and very chilly, with a high/low of 60°/42°, which made it feel more like early November.  The morning low, 15 degrees below average, was a record for the date (which still stands).  This chilly air followed a rainstorm that swept through yesterday morning, dumping 2.36" of rain (a record for the date that also still stands).  This accounted for almost all of September's 2.82" of rainfall.

This was the seventh year in a row that rain fell on this date.  The 0.42" that fell today occurred throughout the day.

Today's high was a sultry 87°, fourteen degrees warmer than average.

The morning was very soggy as heavy rain amounted to 2.34", most of which fell between 3-10 AM.  This was a record rainfall for the date.

A new September record was set as the day's low of 69° was the seventeenth this month that was 67° or warmer, breaking a tie with 1971.  (A typical September has six days with lows this mild.)

This was the sixteenth day in a row with no measurable rain, one day more than June's dry streak, which had been the longest this year.  The last time there was a lengthier streak was during the fall of 2017 when there was one of eighteen days (Sept. 20-Oct. 7). 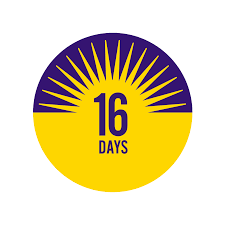