The sixth NYC Marathon was held today and participants breathed a sigh of relief as the City dried out from a string of rainy days that produced 8.95" over the previous nine days.  This included an unprecedented four days in row in which more than an inch of rain fell.  Today, however, was sunny with near seasonable temperatures (high/low of 69°/57°).

Three weeks after the remnants of Frances soaked the City, and ten days after Ivan, the remnants of a third tropical system, Hurricane Jeanne, moved through.  By the time its rain ended the following morning, 4.66" had fallen, the most from a storm since tropical storm Floyd dumped 5.44" in 1999.  The rain that fell today, 3.84", was a record for the date and brought the month's total to 11.41" making this the rainiest September since 1934. 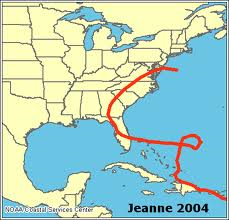 Torrential downpours through mid-afternoon amounted to 1.96", much of which fell in a two-hour period between 9:20-11:20 AM.  This was the second day this month with more than an inch of rain (1.54" fell on 9/18), and the first month with two such rain events of this magnitude since last October.  Additionally, this was the seventh year in a row, and tenth of the past eleven, in which rain fell on this date.

The 0.77" of rain that fell this morning pushed September's total rainfall past six inches, making this the third month in a row with six inches or more.  This became just the ninth such streak on record (going back to 1869), all of which have occurred since 1971.  (An even more impressive monthly rainfall streak would be established on this date in 2021.) 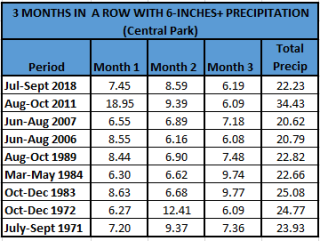 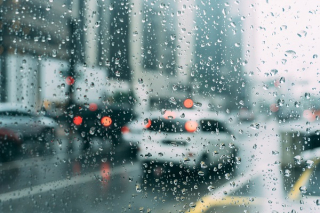 2017 - there were a dozen days during the second half of the month with a high of 78° or warmer and today's high of 79° was the last of them. this tied 1968 and 1891 as the years with the most such days to occur in the second half of any September on record.

September 28th, 1984 joins September 30th, 1912 as the only two September days on record that were chillier than any day in October. The high of 53 was the coolest high temperature for any day in September in the 1970-2018 period.