Today's high was 61°, making this the eighth day since 9/14 with a high in the 56°-62° range (the average high during this time of September is in the 70°-73° range).  These unseasonably cool days helped September 1871 become the coolest September on record (a distinction that still stands).

This September stands out for being the only one that was warmer than August.  In keeping with the warm conditions, today's high was 87°, then a severe thunderstorm between 5-6 PM dumped a little more than an inch of rain, along with winds that gusted to 40 mph.

The unseasonably warm temperatures of August (at the time, the fifth hottest on record) continued in September, which tied September 1931 as the second warmest (it's now tied for fifth).  The month's temperatures were divided into three ten-day periods.  The first ten days were eight degrees above average, the middle ten were six below average, and the last ten days were nine above average.  Today, with a high of 82°/70°, was twelve degrees above average; the low was what the average high typically is. Today's summer-like high of 89° was 20 degrees above average, and a record for the date.

For the second year in a row, the chilliest reading of September occurred on the final day of the month, and in both years the reading was 44° (12 degrees below average).  However, this year's high, 58°, was five degrees chillier.

Today's high/low of 67°/50° made this the only day of the month that a had cooler than average mean temperature (four degrees below the norm).  Not only was this the second mildest September on record (now tied for third), but the fourth driest (0.48" was measured). 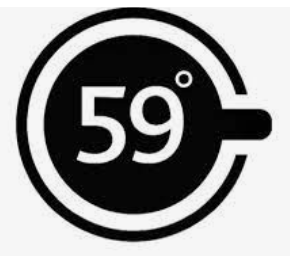 Has there been a September with 20 or more days with lows cooler than 60?

yes. in many years. although this occurrence is rather infrequent. case in point, the last time this happened was in 1975 when there were 20 days.

Looking forward to your analysis of September 2017. It would be hard to quantify, but I'd guess it's highly unusual that the average temperature for first 10 days of September was something like 8 degrees cooler than the final 20 days.