One year after the latest date for a 90-degree reading occurred (on 10/17), the second latest date was set today, as the mercury soared to 91°, twenty-five degrees above average. 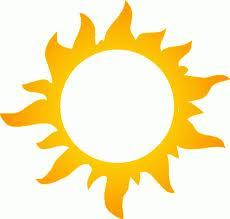 Although the temperatures was above freezing (low of 37°), snow flurries fell during the morning - the earliest date on record for a trace of snow in Central Park.  Combined with an afternoon high of just 47°, the day was 19 degrees colder than average.

Today was the fifth day in row with a high temperature in the 80s.  (And there would be one more on the 14th.)  This string of unseasonably warm weather was part of ten straight days between Oct. 6-15 that all had temperatures 10 degrees or more above average.

One day after a balmy high of 78° (warmest temperature of the month), today's afternoon temperatures were only in the low 50s.  However, the cold front that moved through yesterday evening produced no rain and both days were sunny.

Today's low of 71° made this the latest date for a daily minimum temperature in the 70s, eclipsing the previous record established just last year (on 10/9).  Additionally, today was the tenth day in a row with a low of 60° or milder, the longest such streak ever recorded in October - and it would continue for another day (this record would be broken in 2021).  The average low of 64° during these days was eleven degrees above average.  Of these ten days, today was the only one to have a high in the 80s.  Finally, today was the 55th day this year with a low of 70° or warmer, the fourth most on record (tied with 2010). 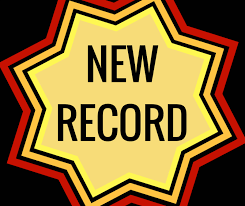 A year after a record low of 71° was recorded, today's high was the same temperature.  Still, while it was quite a contrast from last year, this high was five degrees above average.