Powerful Hurricane Hazel (a 'category 4' when it made landfall in North Carolina) affected New York's weather as it moved through Pennsylvania, on its way to Ontario, Canada.  Although it produced minimal rain in the City, most of the 0.39” that fell poured down between 6-7 PM.  Winds gusted to 40 mph in Central Park, and 66 mph at La Guardia.  This was the fourth tropical system (three of them hurricanes) to impact the New York metro area this year (a tropical storm in June; Hurricane Carol on the last day of August, and Hurricane Edna in September).

Today's high was 70°, the tenth day in a row with a high of 70° or warmer.  The average high during this string of days was 74° - eight degrees above average.

Thirteen of the first fifteen days of October had highs in the 70s.  Today's high was 76°, twelve degrees above average.

Today was the second day in a row with sunny and unseasonably warm conditions.  Although today's high of 82° was one degree lower than yesterday, the morning low of 66° was eight degrees warmer.

Today's high was an unseasonably warm 80°, sixteen degrees above average.  This was the eighth month in a row to report a high in the 80s, joining 1945 as the only other year in which this occurred.  (These two years would later be joined by 1990.)

Today was the 15th day in a row in which the daily mean temperature never rose above average.  During these days temperatures were nearly seven degrees chillier than average. 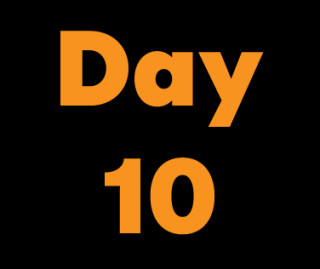 Today was raw, windy, rainy, and unseasonably cold (high of 48°/low of 37°).  Outlying suburbs of New Jersey picked up one to two inches of snow.  This came in the midst of a nine-day stretch (10/12-19) in which temperatures were 11 degrees below the norm for mid-October.

It appeared today was going to become the latest date on record with a low in the 70s, but it was not to be as the temperature fell to 69° shortly after 11 PM during a brief downpour.  So the record set on Oct. 7, 2005 remained intact (until 2017).

I vividly remember the mid-October cold wave in 2009 (as well as the surprise pre-Halloween snowstorm two years later in 2011). This cold wave was instrumental in making October 2009 the coolest October of the 21st century so far, with an average mean temperature of 55.0 degrees. In the 21st century, the Octobers have surely become warmer (especially from 2007 onwards), with 2007 and 2017 being the warmest Octobers on record. Since normal temperatures are currently based on the 1981-2010 period (which had Octobers that were quite cool), there has not been a “cooler than average” October since 2009. How interesting!

I've read that the strongest wind gust ever recorded in NYC was a 113 mph gust at Battery Park during Hazel.

Given that per your entry the winds at Central Park and LaGuardia were much less, I wonder if that is now disputed (i.e. bad anemometer at the Battery?) much like the 80" of rain supposedly recorded in 1983 in Central Park