Today was the eleventh day in a row in which skies were either clear or sunny.  And for the fourth time this month the high reached 83°, the warmest reading of the month (today's high was twenty degrees above average).

The high temperature was a chilly 50° for the third day in a row - thirteen degrees below average.

Moving in a few hours before daybreak, a nor'easter dumped 4.35" of rain, forcing postponement of Game 1 of the World Series at Yankee Stadium between the Braves and Yankees.  Nearly half of the rain poured down between 3:30-6:30 PM, with 1.07" falling in the hour between 4-5:00.  Not surprisingly, this was a record rainfall for the date. 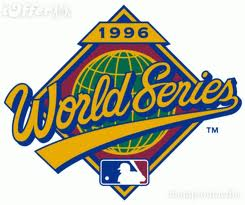 For the second year in a row temperatures were stuck in the 60s all day, and there was significant rainfall.  This year had a high/low of 66°/61°, and 0.89" of rain was measured; last year on this date the high/low was 62°/60°, with 1.12" of rain.  Almost all of today's rain fell in the morning while last year's fell throughout the day.

This morning's low was 35°, the chilliest reading this early in autumn since back in 1976 when the low fell to 34° on the same date as today.

Although the high on this date in 2016 was an unusually high temperature of 85 degrees, the air had very low humidity in the afternoon, so the day was very pleasant and felt more like May than like the heat of summer.