For the fourth day in row lows were in the mid-to-upper 60s, about twenty degrees above average, and warmer than the typical high during this time of year (61°).  Two of the days had record-high lows which are still standing (69° on the 25th, 66° on the 27th).

The morning low of 28° was the coldest temperature ever recorded in October in Central Park (a record that still stands).  And for ten consecutive hours the temperature was 32° or colder (from midnight thru 10 AM).  Under clear skies the afternoon high struggled to get to 43°, resulting in a daily mean temperature that was 16 degrees below average. 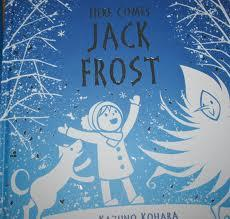 Today's high was a record 82° and followed three days that had highs in the upper 70s.  The average high during these four days was 18 degrees above average.  Today was the seventh day this month with a high in the 80s, and the sixteenth day with a high of 75° or warmer.

1.82" of rain fell tonight between 7 PM and 2 AM.  As the rain wound down, one last heavy band delivered 0.63" between 11 PM-midnight (it actually took place between midnight-1AM but the National Weather Service doesn't recognize Daylight Saving Time in its record keeping).  It was a record rainfall for the date, later broken in 2003 when 1.88" fell. Although skies were mostly cloudy the high reached 75°, fifteen degrees above average.  This was the sixth day in a row with a high in the 70s.

After a very mild low of 65° (nineteen degrees above average), the afternoon temperature hit a balmy 75°, making this the warmest day of the month.  Showers fell in the pre-dawn hours and in the middle of the afternoon, amounting to 0.19" - the fifth year in a row that rain fell on this date.