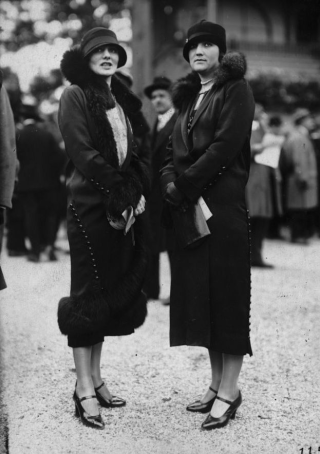 For the sixth day in a row the area basked in temperatures in the 70s.  This stretch of days, which included four with highs of 76°+, averaged 15 degrees above average.

The 0.01" of rain that fell between 11 PM and midnight was the first measurable rain to fall on this date since 1976.  (It should be noted that the National Weather Service uses Standard Local Time year-round for its records, but this rainfall actually fell between midnight and 1AM  on 10/31 based on Daylight Saving Time, which was still in effect on this date.)

Today's high of 75°, fifteen degrees above average, was the warmest reading of the month, and the mildest reading in five weeks.

After a coastal storm brought 0.41” of rain last night, an additional 0.53” fell this morning (most of it before sunrise).  Today’s rain (an additional 0.04" fell tonight) brought total rainfall since 10/25 to 4.67”, making this the rainiest last week of October on record.  This more than made up for the 0.15” of rain that was measured in the first half of the month (the driest first half of October since 2000). 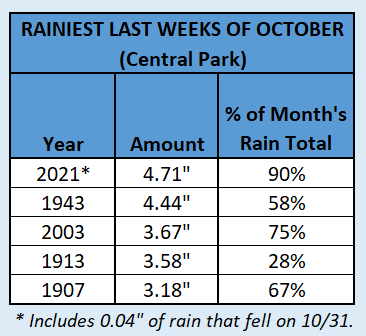 1942 and 2020 are the only two years on record with no reading of 32° or colder from March second to October thirtieth (or Halloween Eve as I like to call it).