Today's summer-like high/low of 87°/72° featured the first low in the 70s in the month of October.  (It would be another 17 years until the next low this mild in occurred October; in total, nine years have had lows in the 70s in October, with the last time being in 2018.)

4.98" of rain fell today, much of it (3.34") falling in just two hours during late afternoon, from 4-6 PM.  At the time this was the third greatest daily rainfall (it's now ranked ninth).  In addition to this tremendous amount of rain, an additional eight inches would fall during the rest of the month, making this, at the time, the third wettest month on record (now ranked seventh). 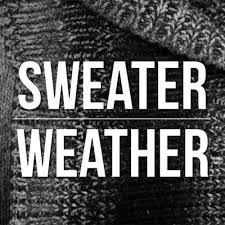 For the fourth day in a row the low temperature was in the summer-like 70s, at a time of the year when lows are typically in the mid-50s.

For the third day in a row the high was 77°, eight degrees above average.

Today was one of those rare days when there was only a two-degree separation between the high and low.  The high of 62° was seven below average, while the low of 60° was five above.  A northeast wind off the Atlantic was responsible for this minimal variation as it brought a layer of clouds along with some light showers and drizzle.

A torrential downpour dumped 0.97" of rain between 3-4 AM.  No further rain fell for the rest of the day.

Today's high was a chilly 55°, more typical of the second week of November, and the chilliest high on the first day of October in the years since 1960.

Today's rainfall of 0.39" brought the year's total precipitation above sixty inches, making 2011 the sixth wettest year on record - with three months remaining.  (Please note that, unlike most other weather pundits, I don't count 1983 as the wettest year since it was revealed that the rain gauge in Central Park was broken, thus bringing into question the validity of the year's annual rainfall total.)

The sunny/dry weather that predominated during the second half of September continued into October.  Under mostly clear skies the temperature rose into the low 80s - the first 80-degree reading in nearly three weeks (since 9/12).

The record warmth of September didn't extend into October as today's high was 64°, the first high below 70° since June 4.  Skies were overcast, and there was a period of light rain during the evening hours.

Although the center of circulation from what was left of hurricane Ian was some 350 miles to the southwest of New York, breezy conditions (with a peak gust of 27 mph) and morning showers amounting to 0.58” was attributed to the downgraded storm.  Much of the rain fell between 6-7 AM (0.19”) and 11 AM-noon (0.21”).  It was a chilly day, with a high/low of 61°/51° (eight degrees below average). 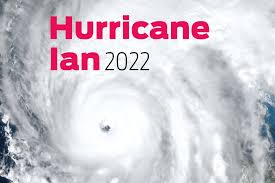