The day of the signing of the armistice (in France) that ended World War I was overcast in New York and a bit chillier than average, with a high/low of 49°/38°. 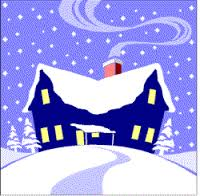 Less than an inch of rain fell in the past 50 days, just the sixth time since 1950 that a streak of this length has occurred.  During these 50 days (beginning on 9/23) only 0.62" of rain was measured; the average amount during these days is about seven inches.

The morning low of 24° was a record and followed a record low yesterday (set shortly before midnight).  This was the first time since August 1994 that record lows were set on consecutive days.

Despite overcast skies and the arrival of steady rain after 2 PM, the temperature rose into the low 70s.  This was the sixth day in a row with a high of 70° or warmer, which set a new record for the month of November (breaking a tie with Nov. 2015).  The average high during this streak was 74° - seventeen degrees above average.  The rain (which amounted to 0.78") didn't cause the temperature to drop much as it stayed in the mid-60s.  Combined with a dew point that was also in the mid-60s, the air had a tropical feel to it.  Every day of this streak was 10 degrees or more above average, equaling another six-day streak back in January with temperatures this much above average.

Today also saw a low in the 60s for the second day in a row, something that hadn't occurred in November since 1982 (which had a four-day streak).  And at 64°, it was one of the mildest daily minimum readings on record for any November (and was eight degrees milder than the average high for the date).

also in 2020, not only did today’s low of 64° set a record high minimum temp for the date (breaking 2002’s record by four degrees), but no other day from November tenth to March thirtieth has ever had a low temp that was this warm or warmer.