This was the third day in a row with a high of 72°, twenty degrees above average.  Yesterday's and today's highs were records (that are still standing).  And today and yesterday, each with a high/low of 72°/58°, was the tenth pair of days this year with the same high/low - the most of any year (later tied in 2010). 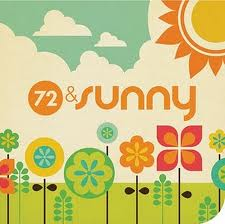 The temperature fell all day, from 56° shortly after midnight to 24° 24 hours later.  Skies were overcast.  This marked the first time this fall that the temperature was 32° or colder.

Two weeks after an early Arctic outbreak, a second one moved through today.  The high/low of 36°/26° was fourteen degrees below average.

With a high/low of 35°/21°, this was the coldest Thanksgiving Day since 1941.  It was also the coldest day of this November.  One bright spot was that skies were clear.

Rain moved in after 3:00 PM, long after the Macy's Thanksgiving Parade had ended, and by midnight 0.77" had been measured.  Temperatures were chillier than average, with a high/low of 49°/31°.

A Thanksgiving Day snowstorm along the Mid-Atlantic (which began late last night) dumped 4.7" of snow on New York; however, it was over by the time Macy's parade began.  Although this wasn't an official wintertime snowfall, it would be the largest accumulation during the 1989-90 season.  The day's high topped out at just 31°, 20 degrees below average.  This was the earliest date for a sub-freezing high temperature since 1933, when there was a high of 30° on 11/16 (and in 2018 the high on 11/22 was 28°).

Today was the fifth day in a row with temperatures 10 degrees or more above average.  During these days the average high/low was 67°/54° - 16 degrees above average.

This was the sixth day in a row with temperatures 10 degrees or more below average.  It was also the sixth consecutive day in which the low temperature was at freezing or below, matching November streaks of similar length in 1997 and 2000 (the lengthiest in the years since 1960). The average high/low during this cold snap was 37°/26°, which was 14 degrees colder than normal.

For the second day in a row the high was 32° or colder, making this the first November since 1938 to have two days this cold.  And although today's high of 32° was four degrees warmer than yesterday's, its low of 15° was two degrees colder (and one of the coldest readings on record in November).