Sunny skies and temperatures in the upper 30s greeted parade goers who lined the streets for Macy's first Thanksgiving Day Parade.  The day's high and low were a seasonable 49°/34°.

Light snow during the daylight hours accumulated 2.0", which would be the biggest snowfall of the winter, a winter that saw just 5.1" of snow.  During the hours when the snow fell the temperature was in the low 30s.  Today's snow was the most to fall in November since 1898, when there were snowfalls of ten, six and three inches. 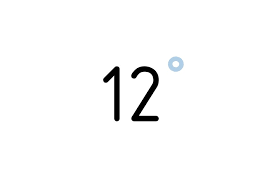 Just six weeks after the latest 90-degree reading on record (which still stands), back-to-back snowstorms dropped nearly 13 inches of snow in four days.  The first, on 11/24-25 (beginning the night of Thanksgiving Day) measured 8.8", while the snowfall that ended before dawn today (and began late last night) brought an additional four inches.  The high/low during these four days was 32°/20°, which was 18 degrees below average.  This would be the snowiest month of the winter, and the third snowiest November on record (after Nov. 1898 and 1881). For the second year in a row the season's first snowfall occurred on this date - but this year's was more substantial.  It fell mostly between 9:00 AM and 1:00 PM and amounted to 2.2".  However, it was largely washed away during the evening when the snow changed to rain as the temperature rose into the mid-30s (but still 13 degrees colder than average).

Today was the eighth day in a row in which temperatures were 10 degrees or more milder than average.  The average high and low during these days, 63°/52°, was 12 degrees above typical late November temperatures.

The 2.49" of rain that poured down from a nor'easter that moved in last night (when 0.51" of the storm's total fell) was more rain than what fell in the previous 11 weeks (since 9/12).  Winds gusted between 30 and 40 mph.  The high temperature of 62° occurred shortly after daybreak and fell steadily through the day. 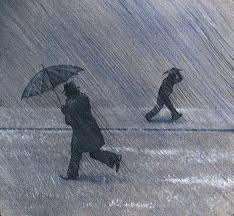 It was a raw and gray Thanksgiving Day, with temperatures in the 30s (high/low of 38°/34°).  Snow flurries fell during the Macy's parade.

Miss ya on the board fry...hope I didn't turn you away from it

Hi Wax, not to worry. Since our weather hasn't been very inspiring of late (since the early snowstorm) I haven't had any interesting facts/trends to report. Also, I just started a new job which has been keeping me pre-occupied. However, I'm sure if the winter turns out to be a doozy you'll be hearing more from me!