Today's high of 61° was the relatively chilly mildest reading of the month - and there wouldn't be another reading in the 60s until March 26.

The morning low of 31°, 13 degrees below average, was the fall's first temperature of 32° or colder.

An all-day rain amounted to 1.70", making this the rainiest Nov. 10 on record.  This accounted for much of the month's total precipitation (2.82"). 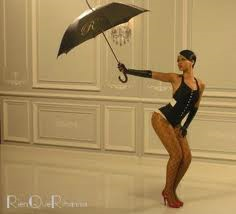 Today was the twelfth day in a row with a below average mean temperature, the longest such streak since one of fifteen days in July 2009.  Embedded in this dozen days was superstorm Sandy as well as a nor'easter that dumped nearly five inches of snow.  This streak followed twelve days with above average temperatures between Oct. 18-29.

Arctic air swept in overnight and the temperature fell steadily all day, dropping from 51° shortly after midnight to 25° nearly twenty-four hours later.  The low was a record for the date (the previous record was set in 1914) and was the earliest occurrence of a 25° reading since 1976, when it occurred one day earlier.  What made this cold outbreak even more startling was the fact that it occurred so soon after the mildest October on record.  (The average date of the first 25-degree reading is 12/6.) For the eighth consecutive day skies were mostly clear (last month, by contrast, featured a 10-day period of overcast skies between Oct. 4-10).  Today was also the tenth day in a row in which no measurable rain fell, making it the longest dry spell to begin November since a 15-day streak in Nov. 1978.  This 10-day rain-free period was in stark contrast to the last 10 days of October, which had 4.75” of rain.

the dry streak in the beginning of November 2021 brings to mind the paltry 0.26” (which fell on two non consecutive days) that fell on the first ten days of October 2021.

when was the last time any individual calendar month began with ten or more precipitation free days before November 2021?

The last time was in May 2015, when the first 15 days of the month had no measurable rain. It was a continuation of a dry spell that began on 4/23.