The morning low was 1° below zero, New York's earliest date for a sub-zero reading.  The high rose to 11° in mid-afternoon and then stayed at 10° degrees for the rest of the day. 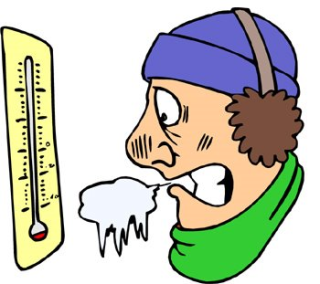 This was the third morning in a row in which the low was 17° degrees, 14 degrees below average.  These were the coldest readings of the month.

Today's high of 31°/low of 22° (ten degrees colder than average) was the first day completely below freezing since Feb. 10, when it was 29°/22°.  This morning's low would end up being the coldest reading in December.  It was the "mildest" minimum temperature in December since 1984 when December's coldest reading was 25°.

An Arctic front bringing the coldest weather since the beginning of February triggered a burst of snow at around 4 PM.  As the front approached a "Snow Squall Warning" was issued mid-afternoon (although it's unusual for NYC, a similar warning was issued earlier in the year on 1/30).  Less than an inch of snow accumulated but it fell in such a brief period of time that it produced whiteout conditions for 10-15 minutes.  By midnight the temperature was down to 21°, on its way to 16° by daybreak on the 19th. 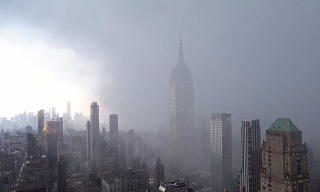