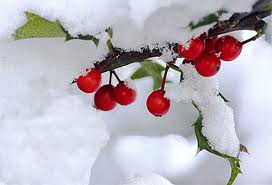 Today's high/low of 32°/17° made this the eighth Christmas in the past 15 years with a high of 32° or colder, the greatest concentration of cold Christmas Days on record.

Snow began falling mid-afternoon, and by midnight seven inches had accumulated (an additional inch fell after midnight).  After 9 PM winds gusted to 30 mph.  This snowfall exceeded the Christmas snowfall of 1902 by half an inch, making this the snowiest Christmas Day on record (a record that still stands).

Today was the thirteenth (and last) day this month with a high of 32° or colder.

Under clear skies, today's very mild high of 62° (two degrees shy of the 1889 record) was twice as warm as Easter's bitingly cold high of 31° (the only Easter with a sub-freezing high).

A two-week deep-freeze loosened its grip as the temperature climbed from 20° to 51° after dark.  (The average high/low of the previous two weeks was 28°/17°.)  The milder air was drawn up by a coastal storm that lashed the area in the PM hours with 50 mph winds and 1.26" of rain.

Every day between Dec. 19 and Jan. 2 had well below average temperatures except for today, which had a high of 51° under mostly sunny skies.

With a high/low of 39°/33°, this was the first Christmas since 1955 that was completely above freezing.  Despite these temperatures the day dawned with a thick mantle of white left from the snowstorm of 12/23-24, that dumped 6.6" of snow on the City.  This was the fourth Christmas Day of the past five to have an inch or more of snow on the ground.

One year after the high reached 60° on Christmas Day, today's high was 59°.  It was also rainy, with 0.65" falling between 11 AM and 9 PM.  Today's high was seven degrees warmer than Easter Sunday's.  The rain that fell today was the last measurable precipitation to fall this year, which was by far the driest year on record - just 26.09" was measured at Central Park, nearly seven inches less than the previous driest year - which was last year.

Yesterday's snowstorm ended in the wee hours of Christmas morning, leaving seven inches on the ground at daybreak.  Skies cleared in the morning, and temperatures were well below average, with a high/low of 32°/23°.

Under clear skies it was windy and very cold, with a high/low of 23°/13° (sixteen degrees below average).  Wind chills were between zero and +5° for much of the day.

The day started sunny, but as an intense winter storm approached, clouds moved in during the afternoon and light snow began falling after dark, with 2.1" on the ground by midnight.  Temperatures were quite cold, with a high/low of 29°/14°.  (The worst of the storm would be on the 26th, with the City getting an additional 4.2" of snow, and then a lashing of rain accompanied by winds gusting over 40 mph.)

Just three degrees separated today's high and low (32°/29°), the fifth day since Dec. 11 to have such a narrow diurnal variation - highly unusual since a typical year averages just two days with a variation this narrow.  This was the third year in a row in which Christmas Day had a high of 32° or colder, just the second time with a streak this long on 12/25 (the other occurred in 1883, 1884 and 1885).

One month after the first measurable snow of the season fell, the second snowfall of the season occurred early in the evening.  And like last month, it was the same insignificant amount - 0.1".

Most of the 1.8" of snow that fell on Dec. 23 was gone, but a mix of sleet/snow/freezing rain this afternoon and evening accumulated 0.5", giving the City a touch of a white Christmas.  The day's high occurred as midnight approached, with the temperature reaching 33°.

The first snow of the season arrived on Christmas night, and by daybreak on 12/26, 3.1" had accumulated (just 0.4" fell on 12/25).  This was the third year in a row in which measurable snow fell on Christmas Day, the only time snow has fallen on the holiday in three consecutive years (but none of the years had an inch or more of accumulation). 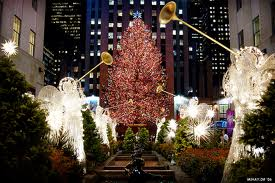 This morning's frigid morning low of 1° below zero (30 degrees below average) was the coldest reading of the year, and a record for Christmas Day.  And making  the cold even more stinging, gale force winds produced a "feels like" temperature of -25°.

Two years after the coldest temperature ever recorded on Christmas Day, today's high of 64° tied 1889 as the mildest Christmas reading on record (until 2015).  It was also eight degrees milder than this year's Easter Sunday. 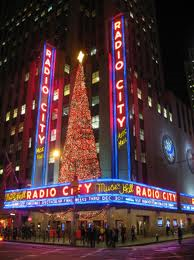 Today was the twentieth day this year in which 0.01" of precipitation was measured (between 1-2 AM), the most of any year in the 1970-2022 period.  The annual average is eleven days.

The temperature tumbled all day, from a morning high of 48°, to a biting cold 20° by midnight.

It was a wet Christmas Eve/Christmas morning as 1.05" of rain fell during Santa's peak travel time, 7PM (yesterday)-3AM.

This was the third year in a row in which Christmas Day had the mild high temperature of 53°.

Today's high of 59°/low of 41°, fifteen degrees above average, made this the mildest Christmas in twelve years.  The high/low was on-par with this year's Easter Sunday (61°/43°).

A sloppy winter storm produced the most precipitation ever measured on Christmas Day (1.30"), and the most snow (five inches) since 1909, when seven inches fell.  Morning/afternoon rain changed to snow later in the afternoon.  This was the first Christmas Day snowfall of an inch or more in thirty-three years - and the last time measurable snow fell on the holiday (through 2022). 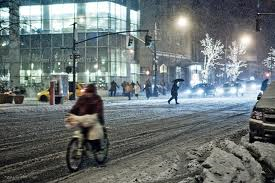 It was calm and cold (high 32°/low 25°) the day before a blizzard moved up the coast, a storm that seemed to come from out of nowhere.

Today's mild high of 62° (reached shortly before 4 AM) was twice as warm as last Christmas - and two degrees warmer than Easter Sunday.  Showers in the early morning hours made this the fifteenth day with precipitation this month - the most of any month this year.

For the second day in a row a record high maximum and minimum temperature were set.  The high of 66° occurred just after midnight.  The low of 57° was seven degrees milder than the previous record.  This was the month's fourth record daily maximum and fifth record minimum.  And for the second year in a row Christmas Day was warmer than Easter Sunday.

Lots of Christmas Memories reading this (1983 and 2002 in particular). Thanks for the blog all year, and Happy Holidays to you & yours.

And one more added from this year ...

Thank you for being a reader, Ken, and for your holiday wishes. All the best to you in the new year!

Merry Christmas thanks for all your hard work. I read the weather NYC weather archive everyday what great weather memories this blog brings up.

2020 is the first December ever with at least ten inches of snow to also have a 60° reading on Christmas Day. further, 2020 joined 1940 as the only two Christmas Days on record to have a high in the sixties while also having a low that was colder than 40° on the same day.